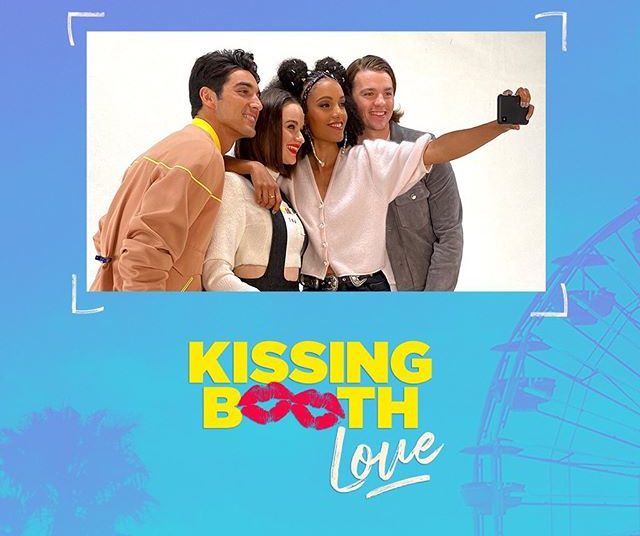 The Kissing Booth Part 1 Synopsis: A teenager is forced to confront her secret crush at a kissing booth, which leads to a forbidden romance, risking her relationship with her best friend.

About The Kissing Booth

The Netflix original film is based on Beth Reekles’ coming-of-age novel of the same name. It spawned a sequel called The Kissing Booth 2. Joey King won a 2019 Kids’ Choice Awards for Favorite Actress and the movie was nominated for Favorite Movie. This movie is one of a kind. But just to make sure you know, the fact that it is a Netflix original means it has almost no restrictions. But I believe this movie is exactly what teens are looking for in a romantic film. The actors are well chosen and I’m surprised at how perfect they are for their roles. The music also hits you differently. It adds to the many touching moments that appear throughout the movie between Elle and Noah. The movie is rated TV-14, but I would recommend this movie to a more mature crowd. High schoolers like me I would feel would understand and appreciate this movie the most.

The Kissing Booth was panned by critics. On Rotten Tomatoes, the film has an approval rating of 17% based on 12 reviews, with an average rating of 3.59/10. The website’s critics consensus reads: “The Kissing Booth deploys every rom-com cliché in the book with little care given to achieving any real sentiment.”

IndieWire’s Kate Erbland gave the film a “D” grade, adding that “Unfortunately, the high school-set rom-com is a sexist and regressive look at relationships that highlights the worst impulses of the genre.” Ani Bundel of NBCNews criticized the film’s “problematic stereotyping of masculinity and relationships” and lack of original ideas. “It feels like it was written by someone who simply digested everything she was told ‘romance’ was supposed to be by the patriarchy, and vomited back at us. Nearly every cliché in the film feels cribbed from another movie, like a song made completely of samples from better-known hits.”

Despite being deemed “sexist” and “objectively bad” by several critics, The Kissing Booth was widely consumed among audiences. Netflix’s CCO Ted Sarandos affirmed the film’s success as a “hugely popular original movie” for the streaming service. Factors that have been cited as reasons for The Kissing Booth’s success among audiences include the original novel’s popularity on Wattpad, the relative lack of original romantic comedies on the platform, and the publicization of actors King and Elordi’s off-screen relationship during the film’s production.

A pretty, teenage girl, who has never been kissed, finds her life turned totally upside down when she decides to run a kissing booth and unexpectedly ends up locking lips with her secret crush.