Is Sydney Sweeney Going Through Depression After ‘Euphoria’ Season 2 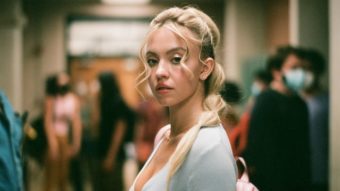 Season 2 of Euphoria has been a long time coming. The coronavirus (COVID-19) epidemic has caused production to be delayed for more than a year, resulting in the delayed release of the second season. Fortunately, the cast and crew were able to make an uncertain way to shoot HBO’s dark drama viable at last. Now that new installments of the popular show are on TV, fans can’t be happier.

Fans were just as thrilled as the cast to get back together for filming. The cast was overjoyed to be able to work on the show again. Despite the series’ theme, or maybe because of it, the stars have formed a strong bond with one another. In fact, when asked about it by The Associated Press, Sydney Sweeney likened it to being reunited with friends after a long summer vacation. Is Sydney Sweeney Going Through Depression After ‘Euphoria’ Season 2.

Is Sydney Sweeney Going Through Depression?

Sydney Sweeney expereinced a depression after filming ‘Euphoria’ Season 2
The cast of Euphoria was thrilled to return for Season 2, but the filming wasn’t without its difficulties.

Shooting late into the night, extended hours, and provocative material are all factors that will take a toll on some of the actors. Sweeney even mentioned in this same interview that she experienced a period of melancholy after Euphoria had completed production for the season.

“I lose myself in the characters that I play,” Sweeney shared. “So, like right now, we’ve been wrapped from Euphoria Season 2 for about a week now, and I’ve been going through this very strange depression. I kind of feel like after you have a kid and some women have like postpartum depression, I kind of feel that after I wrap a character. So umm I have this rebirth of trying to find who I am again.”

Fans will undoubtedly grasp how playing Cassie Howard for months had a detrimental impact on Sweeney. After all, only a few episodes of Euphoria Season 2 have aired, and fans are already concerned about Cassie. Surprisingly, Sweeney didn’t seem to suffer from the same level of melancholy while filming the first season of the show.

What is Trial Of The Grasses in The Witcher and is it painful?

‘The Voyuers’ actor has found herself again post ‘Euphoria’ Season 2

Even if Sweeney doesn’t get completely immersed in character, she may not be stopped by it because she creates massive books for each persona she takes on.

However, immersing herself so deeply in Cassie unquestionably has its difficulties. Hopefully, since Euphoria Season 2 wrapped longer ago, Sweeney has been able to reconnect with herself.

Does Eskel Die in The Witcher Video Games?