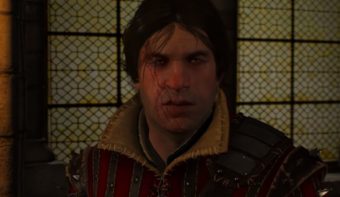 The Witcher Season 2 introduced us to Eskel, but he was slain in a single episode. As a result, fans are wondering whether the character dies in the video games or novels. Here’s what we know so far.

In the second season of The Witcher, Kaer Morhen is episode 2. It was there that Geralt’s home was visited by Ciri. After earning some coins, Ciri meets Vesemir and other Witchers who had returned home. We also encounter Eskel in the same episode, and he appears to be self-important at first. However, it was later revealed that he was, in fact, quite close to Geralt.

When returning to Kaer Morhen, Eskel ran into a Leshy, but he was unable to kill it. The Witcher managed to amputate the monster’s arm, but he was stung by its roots as well. At first, everyone believes that Eskel is in agony as a result of his injury and will mend with time. However, we later learn that the same Leshy that afflicted Eskel also transformed him into a similar monstrosity.

Eskel recognized Geralt and Vesemir in his monster form, but he couldn’t control his body. The Witchers try to save Eskel, but he grabs Vesemir by his neck and starts choking him. So, Geralt makes a difficult choice and ends Eskel’s life by putting fire through his heart.

Does Eskel Die in The Witcher Books or Video Games?

The answer to this question is NO, in the Witcher video games or books, Eskel does not die. In reality, he has a significant part in the tale of The Witcher. Eskel plays an important role in Ciri’s education in the video games. The video game series depicts Eskel as a helpful and trustworthy individual who even aids Yennefer and Geralt in their fight against the Wild Hunt. It’s no wonder that seeing Eskel die in Netflix’s The Witcher caught fans of the character by surprise, given that they are familiar with him through video games or novels.