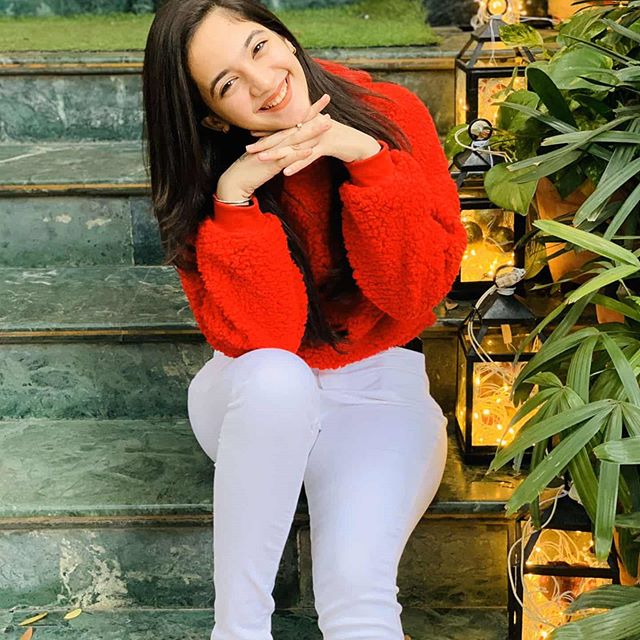 Siya Kakkar was predominantly famous for her dancing videos of TikTok which garnered millions of views and likes. Though she was known for her dance videos, she had reportedly started out by making comic lipsync videos and later transitioned to become a dancing TikTok star. The emerging social media influencer was evidently on the path to massive success. Her latest video on Instagram was posted just six days ago whereas she posted a dance video of her on Instagram just a few days before her death. The late TikTok sensation was only 16 years old and had over a million followers on the portal. She also enjoyed a significant following on Instagram where she had over 100K followers as well.

As per reports, Siya’s talent management agency head gave a statement where he stated that the late TikTok star had just last night spoken about a new song collaboration. The agency manager also revealed that Siya was in a good mood and perfectly alright. One quick glance through Siya’s page on either Instagram and TikTok can prove that the late influencer was good with her content creation and often created entertaining videos for her fanbase.

According to sources, TikTok star Siya Kakkar committed suicide on June 25 at her residence in Delhi. She committed suicide by hanging herself in her house in night, on 25 June, 2020 in Geeta Colony 13 Block, Delhi. The reason behind her death is still unknown and, as per the latest reports, the police investigation is underway.

At a time when the nation has still not come to terms with Sushant Singh Rajput’s death, a shocking case of 16-year-old TikTok star SIya Kakkar has shocked everyone. The devastating news has made her fans extremely sad and, condolences are pouring in across social media. The death of social media star Sia revived memories of the suicide case of Bollywood actor Sushant Singh Rajput. Both looked absolutely normal before suicide. What happened is that Siya embraced death. If she was receiving threats on social media then why did she not inform the family, his manager or the police. Police is trying to find out. District Deputy Commissioner of Police, Amit Sharma says that at present Sia’s family is not in a position to talk. Only after talking to the family will the true cause of suicide be found out.

The devastating news has made her fans extremely sad and, condolences are pouring in across social media. “16 Year Old Tik Tok Star Siya Kakkar Commits Suicide. She had all the fame, over 1M followers on Tik Tok, a lakh followers under her Instagram account as well.

One of her follower tweeted, “I just can’t understand what is happening with people? Why would a 16 year old commit suicide? It is getting worse day by day. Om Shanti”.

Another tweeted, “#siyakakkarSuicides are increasing day by day we have to put efforts to stop it. Please try to understand other peoples help them if they are worry Give them space if they http://need.Love selflessly”.

Was Siya Kakkar dating someone? She was probably single and not dating anyone. She had not been seen with anyone that she seems to be not romantically involved with. She was single and has not been married. In fact, her previous dating history is not known in public domain. She was totally focused on her career and studies. In fact, a day before her suicide, she had spoken with her talent management agency. He gave a statement where he stated that “the late TikTok star had just last night spoken about a new song collaboration”.

Tiktoker Siya Kakkar was born in 2004 in Delhi, India. She holds Indian nationality. She belongs to a wealthy family of Delhi. Her father and mother names are not known. But, she has siblings as well. As of education, she attended St. Xavier’s High School, New Delhi and was pursuing her graduation from St. Stephen’s College, New Delhi.

Talking about her career, she was a popular Indian TikTok star who amassed over 1 million followers. She was popular on Instagram as well, and had 120K+ followers there. She was featured in a few dance videos of the YouTube channel, ‘Fluidic Dance Academy.’

She had earned a name at a very young age. In popularity, she had overtaken many of the Tiktok stars of her age. The popularity of Siya Kakkar was that her fans were waiting for every new video on Tiktok. At the same time, Siya was a popular celebrity on social media and this is the reason that her fans are quite surprised by this news. His fans also want to know what are the reasons why Sia committed suicide?

Siya Kakkar was a famed Tiktokstar whose net worth was estimated around Rs. 1-1.50 lac in a month from her TikTok entertaining and dancing videos and from her paid promotional sponsors and advertisers.