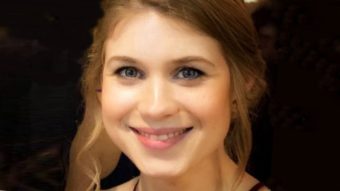 Sarah Everard, a 33-year-old marketing executive, was kidnapped in South London, England, as she was walking home to the Brixton Hill area from a friend’s house near Clapham Common.

Metropolitan Police officer Wayne Couzens falsely arrested her under the pretence of having breached COVID-19 regulations and drove her to near Dover where he raped and strangled her, before burning her body and disposing of her remains in a nearby pond.

Who was Sarah Everard?

An ex-Met Police officer was sentenced to life imprisonment for kidnapping, raping and killing Sarah Everard, a 33-year-old marketing executive from South London.

Wayne Couzens, the 48-year-old officer, was sentenced by the Central Criminal Court. In his sentencing remarks, judge Fulford LJ said, “I emphasise wholly properly, about the devastating, tragic and wholly brutal circumstances of the death of Sarah Everard”.

The disappearance and death of Everard and the arrest of Couzens had sparked a national outcry in the United Kingdom over violence against women. Initially, as the case progressed, women across the UK inundated social media with posts describing their own experiences of walking the streets, with many recording incidents when they had been catcalled, followed, harassed, and flashed.

Sarah Everard was 33 years old at the time of her death.

At 07:00 GMT on 3 March, he completed a 12-hour shift at the US Embassy in London before travelling to Kent to collect the hire car.

He then drove back to London where he was recorded as being in Earl’s Court and on Battersea Bridge. After arriving in Clapham, he again drove to Earl’s Court before returning to Clapham at 21:23.

Everard’s funeral took place on 22 May at Heslington Church in Heslington, near York.

What happened to Sarah Everard?

In early March, Everard disappeared while walking home to Brixton after visiting a friend in Clapham – a distance of around 50 minutes on foot.

On March 3, Everard left Clapham at 9 PM, and is believed to have walked through Clapham Common, a large park, while on the way home. After she left, Everard spoke to her boyfriend on her mobile phone for around 14 minutes, and was last spotted in the footage of a doorbell camera at 9:28 PM.

A day later, on March 4, Everard’s boyfriend contacted the police to report that she was missing. The police then sought public help in tracing her, and posted tweets to elicit response from Londoners.

Couzens is believed to have handcuffed Everard on the roadside, using his position as a police officer, judge LJ said in his sentencing remarks. Couzens then drove Everard around for about 80 miles and ultimately raped and strangled her to death.

How the police investigations progressed

On March 9, police constable Couzens was arrested on suspicion of kidnapping.

Couzens, who had been with the Met for two years, had first been posted in South London, and was most recently serving in the Parliamentary and Diplomatic Protection Command, the unit tasked with protecting UK’s Parliamentary estate and embassies in London. The police said that Couzens had not been on duty at the time of Everard’s disappearance.

On March 10, the police discovered bodily remains in a wooded area of Ashford town in Kent, and on March 12 confirmed, through the use of dental records, that the body belonged to Everard.

Couzens was charged with Everard’s kidnapping and murder after authorisation from the Crown Prosecution Service on the same day. After appearing before a magistrate’s court on March 13, Couzens was remanded in custody and was brought before the Central Criminal Court (also called Old Bailey) on March 16.

In his remarks, judge LJ noted that Couzens spent at least a month travelling to London to research how best to commit these crimes.