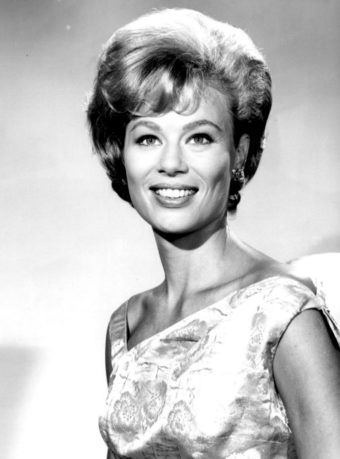 Abby Dalton was an American actress who had a recurring role as Julia Cumson in the television series Falcon Crest. In addition, she was nominated for an Emmy Award for her role as a nurse on CBS’s Hennesey.

Dalton had three children by her marriage to Jack Smith, including Kathleen Kinmont, an actress who closely resembles her mother. Kinmont was married to Lorenzo Lamas, Dalton’s onscreen son in Falcon Crest.

Dalton was a semi-regular panelist on NBC and syndicated Match Game and appeared in the early years of Hollywood Squares.

Dalton also appeared on Super Password, with Bert Convy as the host, and guest-starred on the interview program Here’s Hollywood.

Abby was married with Jack Smith.

Dalton died on November 23, 2020 in Los Angeles, California, after a long illness.

In 1957, Dalton played roles in the Roger Corman films Teenage Doll, Carnival Rock, and The Saga of the Viking Women and Their Voyage to the Waters of the Great Sea Serpent.

Her first leading role was in the 1957 film Rock All Night produced by American International Pictures.