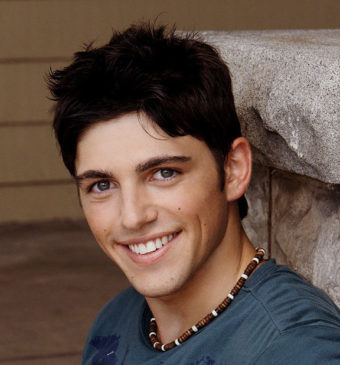 In his most recent Instagram post, Robert Adamson has truly reduced the facts of 2021 to their core and shown it all to his followers. This body transformation must be seen to be believed, with an inspiring caption below.

From 2012 to 2020, Dan was Noah Newman on The Young and the Restless. While he has been gone from the soap opera, it appears that he has been maintaining his fitness. As you look at the actor’s metamorphosis, let us delve deeper into the tale behind the article.

On January 5, Robert Adamson posted to his 39.8 K Instagram followers; let’s be honest, it was the morale boost we all needed.

The actor isn’t known for exploring his personal life online, much alone displaying off his remarkably sculpted physique, but this particular post did just that. As a result, it was the inspiration and motivation we didn’t know we desired.

He Wrote: “I never post these. But I’ve been working really hard.

“So here’s my reminder. It’s been a tough year. Physically, mentally, socially, professionally. I’ve never let myself go as much as I have in the last year and a half. First, it started mentally, then the physical deterioration began. I cut myself off from friends and family and, like many of us, accepted my fate as the new normal took hold.”

How does Robert Adamson stay in shape?

His appearance and muscular physique are testament to his ability to maintain a healthy lifestyle. Adamson has previously revealed pictures of himself working out with Petramale boxing club’s professional trainer Sean Carrigan, proving that he stays in excellent shape.

He keeps himself in shape by going on hikes and, more significantly, rock climbing. Adamson has a real love for rock climbing and has provided photographs of him scaling huge boulders in Utah, where he would spend days in nature. For over ten years, the actor has been climbing on and off, and it appears that he learnt a lot from his sister who excels at the activity.

Not to mention, being a father and chasing after your children is one of the most invigorating exercises you will ever do. On June 12, 2014, Adamson and Linsey Godfrey welcomed their first child, Aleda Seren. After months of rumor on August 3, 2015, it was confirmed that Adamson and Godfrey had split up, but that they would continue to co-parent Aleda in a “loving and amicable atmosphere with her demands always being our top priority.”

Fans are ecstatic over the news that Adamson has been confirmed to return to “The Young and the Restless” after a 17-year absence. They miss his version of Noah Newman on the soap opera screen, and they’re begging him to skip the fitness sessions so he can go back to Genoa City.