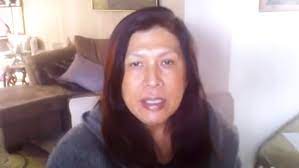 Cirsten Weldon, an American author, designer, actress and social media star, died on January 6, 2022. According to a news story by 50 Minds Online News, she died after being taken to the hospital.

Many people are interested in learning more about the Florida author, who was mourned by her family, friends, and the internet community. Who was Cirsten Weldon, and what did she achieve most fame for?

Cirsten Weldon was an interior designer and decor house sales agent in Florida and a writer and influencer.

In her later years, she became involved with conspiracy theories. She began sharing her take on these beliefs through an online community of like-minded people, as explained on her BitChute profile. She was a Querier, making videos about her convictions to Weldon’s knowledge.

In addition, she has penned a book called Intel Drop, according to Sports Keeda.

After that, Weldon wrote Singaporean Thoughts, a book partially inspired by her career as a model and actress and her religious and political convictions.

Weldon, who is of Asian heritage and has a background in fashion design, was discovered residing in Sarasota, Florida, after having previously lived in Los Angeles, New York City, New Zealand, Hawaii, Napa Valley (where she also taught at a culinary institute), San Francisco, and Singapore. Cirsten Weldon, an actress, was known for her roles in 1990 and 1991’s The Doors TV drama Hard to Die.

It’s no surprise that she has a huge following on Instagram. She is the one behind Caracristen, which had more than 16.2k followers and posted photos of herself and career and personal life insights.

On January 1, 2022, Weldon posted a photo of herself undergoing oxygen treatment on Instagram and wrote that she “nearly died at hospital in CA from bacterial pneumonia.”

She was thought to be between 50 and 60 years old at the time of her demise.

Cirsten Weldon was well-known across the internet.

Following her death, Twitter users paid tribute to the influencer, calling her a “real warrior for God.” Many were deeply shocked and pained by Weldon’s passing.