Why is Rachel Maddow leaving her show on MSNBC? 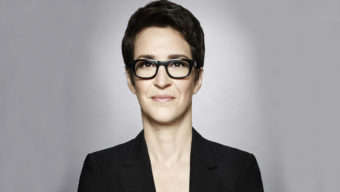 Rachel Maddow revealed on February 1 that she will be leaving MSNBC for an indeterminate amount of time, and we have all the details. Rachel has been a member of the network for many years, and hearing she wouldn’t be seen on the channel for some time caused everyone to doubt. However, considering her statement, it appears that she will be back in no time.

Despite her brief sabbatical, Rachel has a very exciting year ahead of her since she is currently working on several new projects.

Why is Rachel Maddow leaving her show on MSNBC?

She will be away from the network until April to work on her podcast, which focuses on former Vice President Spiro Agnew. At the same time, she announced that a movie is being produced based on her first book, which covers the same subject.

“I’m really excited to share it with you once I have more information,” Rachel added.

What We Know About The Podcast And Movie

Variety reports that Ben Steller will helm the film adaptation of Rachel Klein’s book “Big Man.” The entire project will be handled by NBCU’s Focus Features, although additional details regarding the film have not been made public.

This is not a surprise, given Rachel’s recent agreement with NBC Universal. The contract specified that Rachel would devote her attention to other projects as well. She will continue to be active as a regular prime-time host, but she will also give input and talent for additional projects.

Has Rachel Maddow Ever Taken A Leave Like This Before?

Yes, Rachel has previously been away for lengthy periods of time. Given that she will be gone for several months, we may anticipate Rachel to return with all of her enthusiasm.