What did Whoopi Goldberg say about Holocaust: Suspended from ‘The View’ 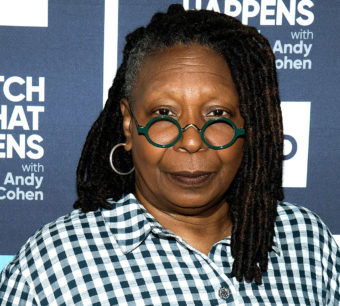 Goldberg has apologized for her recent remarks on Today, which were condemned by many. But what precisely did she say?

Following her appearance on Today, many people were taken aback by Whoopi’s comments about the Holocaust. It didn’t take long for individuals to react. Following this response, Whoopi chose to speak up on Twitter and apologize for her remarks.

What Did Whoopi Goldberg Say?

When Whoopi began talking about books being prohibited from school, the subject of the Holocaust came up. She then made a remark about the Holocaust as an afterthought.

“If you’re going to do this, let’s be honest about it. The Holocaust isn’t about race; it’s about man’s inhumanity to man,” she added.

Following her remarks, co-host Joy Behar offered his viewpoint and stated, “Well, they considered Jews a different species.” Meanwhile, Anna Navarro mentioned that it was about white supremacy as well.

“But you’re missing the point,” Whoopi responded. “The minute you make it about race, it goes down this alleyway. Let’s talk about it for what it is. It’s a problem; it doesn’t matter if you’re black or white because we all eat one another.”

Star Apologizes For Her Comments

Following Whoopi’s statement, several individuals expressed their disapproval on social media. Seeing the response, Whoopie decided to speak out on Twitter. She apologized to those who had been wounded by her remarks and explained the things she’d said during the show.

“The Holocaust is not about race, but rather man’s inhumanity to man,’” she continued. “’I should have said it was about both.’ I hereby apologize. I apologize for all the hurt and suffering that my words may have caused.”

On the program, Whoopi decided to clarify her statements again, acknowledging she “misspoke.”

She stated: “My words upset so many people, which was never my intention. I understand why now and for that I am deeply, deeply grateful because the information I got was really helpful and helped me understand some different things.”