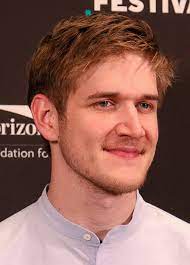 Burnham is an amazing individual. He’s a performer, filmmaker, comic, musician, and poet. In a nutshell, he’s a multitalented artist who balances his artistic talents in many areas. Burnham is notorious for his elaborate stage routines and witty banter on stage.

He began filming funny videos on YouTube when he was young and has since built up a solid career while becoming well-known in almost every creative area. From his innovative live performances and several other events, he has earned a following from both fans and critics alike, making him quite enjoyable. So, what exactly happened to Bo Burnham? What is the artist’s current position?

It’s difficult to be multidisciplinary in the entertainment sector, given all of the various niches’ challenging circumstances. And to have the tenacity and deep expertise to navigate almost every sector while still making progress is a remarkable accomplishment. Bo Burnham has shown that he has the potential to be the next big multidisciplinary phenomenon from his current success.

Burns’ persistent watching and questioning have led to a wonderful road for himself. Sure, his methods may be unorthodox to some, but his ruthlessness has allowed him to achieve the unthinkable.

What happened to Bo Burnham?

In March 2006, at the age of sixteen, Bo Burnham began his career by uploading YouTube videos. As of October 2020, Burnham’s films have had more than 295 million views. With his straightforward videos uploaded to one of the world’s most popular video-sharing sites, how did a sixteen-year-old amass a huge following?

Mr. Burnham recorded himself performing two songs and uploaded it to YouTube with his family for entertainment. Despite this, the uploads became viral on Break.com and other internet sites within a short amount of time. The celebrated artist has continued to develop, releasing pubescent musical comedy that increased his popularity. Given YouTube’s popularity at the time, Burnham’s first video had over 9 million views.

Many people are perplexed as to what happened to Bo Burnham, who has mysteriously vanished from the live comedy stage. His unusual humor is criticized and appreciated by many people. However, it appears that he has found a new interest in film. According to Bo Burnham, the film business is a better fit for his present ideas, therefore he has disappeared from live performance.

To work with other people, Bo Burnham made a brief career change. In his comedy pursuits, it was all about himself, and he grew weary of looking to himself to express himself. It’s the value of collaboration that has driven him to place more importance on film since it is one area in which he is extremely talented.

The comic has vanished from the satirical comedy industry that many people had gotten used to seeing. He uploaded a number of videos in which he sang and provided laughs to those who watched. However, following many tours and shows, it appears that he has departed from the comedic world.

Is Bo Burnham no longer with us?

He’s back, and he has put more focus on the film area. That is why you’re unlikely to see him in comedy films as frequently as you used to. If you pay attention, you may have seen him in a few movies. He’s even written and directed a feature film called Eighth Grade.

Where is Bo Burnham from?

Burnham is from Massachusetts, as evidenced by his birth certificate. He was born on August 21, 1990, to Scott and Patricia Burnham, the owners of a construction business. His mother was a nurse; his father ran a construction firm. He is the youngest in his family, which he discusses in his first video song on YouTube. Being the lastborn allowed him to be spoiled most of the time, of course. Burnham graduated from St. John’s Preparatory School in Danvers, Massachusetts, where he was active in theatrical activities. However, after high school, he underwent a “focused on my passion” thing during which he placed greater emphasis on comedy.

Did Bo Burnham go to college? Yes, he did, but he never completed his studies. Bo Burnham was accepted at New York University’s Tisch School of the Arts for an experimental theater course. To focus on comedy, he opted to defer his education for a year.

How did Bo Burnham get famous?

You’ve probably watched some of Bo Burman’s songs on YouTube. The comic’s early fame stems from the fact that he was a successful comedian as well as a singer. Many fans saw him as “that comedian who could also sing.”

Bo Burnham’s first three albums, in particular, are filled with comedic songs that cover a wide range of themes. Several major issues were addressed by Bo Burnham early on, including white supremacy, homosexuality, country music stars’ hypocrisies, and much more. Here are some of the greatest albums to feature one or more Bo Burnham songs:

Burnham has been nominated for several comedy shows, including the best. Other than that, he has won a slew of awards, including The Panel Prize and The Malcolm Hardee Act Most Unlikely to Make a Million Quid Award.

If you’ve been wondering what happened to Bo Burnham, you’ll be relieved to learn that he continued down the path of film directing. How much do you know about Bo Burnham’s movies and TV shows? The multitasking entertainer had a hard time filming Chris Rock’s Netflix special Tambourine.

Chris’s marriage and contentious divorce were the subject of the film. Bo Burnham wrote and directed his own creation, Eighth Grade, as a result of this opportunity. In Eighth Grade, Bo’s primary aim was to channel his professional worries through Kayla, the main character in the film. The movie was a major success with a unique Rotten Tomatoes Critical Consensus.

Bo is also an actor, and he’s played Ryan in the Promising Young Woman, which was a tremendous success at Sundance. The film was co-produced by Margot Robbie and released in April 2020.

What is Bo Burnham’s net worth? He came to the comedy world as a newcomer. His unique comic style was not one that many people were familiar with. However, over time, he managed to establish himself as a household name.

Today, Bo Burnham is worth an estimated $4 million. He has earned the majority of his money through controversial and satire songs that he regularly uploaded to his YouTube channel.

Burnham has performed stand-up comedy on five tours and has produced four LPs that have sold more than 10,000 copies in their first week. He makes a decent living off of his YouTube channel, which currently has over 1.69 million followers and is popular among viewers.

You’re probably thinking about Bo Burnham’s spouse or his girlfriend. Is the satirical comic and multidimensional entertainer married or engaged? Since 2013, Bo has been dating Lorene Scafaria, and they live together in Los Angeles. However, because the performer keeps most of his activities under wraps, not much is known about their private life.

Bo Burnham is a fantastic entertainer with exceptional talents. He has worked on many creative projects and won accolades for some, while receiving considerably more attention for others. So, if you were wondering where Bo Burnham was headed, you will be relieved to learn that he is continuing to develop his career by expanding into different fields of entertainment.

On October 16, the Wall Street Journal published an excellent story about Dudu Baya, one of Tanzania’s notorious artists. The musician vanished and the Tanzanian authorities conducted a search to find out where he was.

Dudu Baya has been violent towards other celebrities and public figures on social media before he vanished. Many followers expressed their worry for his safety on social media, with some fearing he may be injured.

Where is Jim Nantz today as CBS broadcaster missing from NFL Action?