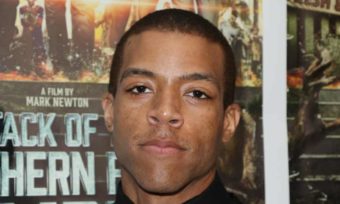 Moses J Moseley, a renowned actor and musician, has died at the age of 31, according to reports. The actor was known for his roles in The Walking Dead, Joyful Noise, and The Hunger Games: Catching Fire.

Tributes have poured in from those who knew him, with many praising him as “the kindest man.” We’re taking a look back at Moses J Moseley’s career and recalling who he played on The Walking Dead as news of his death spread.

Moses J Moseley, an actor who played one of the lead roles in Power, has died at the age of 31, according to TMZ. Authorities are investigating the circumstances surrounding his death after a family member claimed they haven’t heard from him for a week. Moseley is best recognized for his contributions to a few projects, notably The Walking Dead, HBO’s Watchmen, and The Hunger Games.

“Moses was a great actor who has appeared in films such as The Walking Dead, Queen of the South, and American Soul, but he was much more than that. He was an incredible person!” wrote Avery Sisters Entertainment, a talent agency. “Moses was a brilliant actor who has appeared in movies like The Walking Dead and Queen of the South but he was also so much more – an amazing person!”

Between 2012 and 2015, Moses J Moseley played one of Michonne’s zombies in The Walking Dead. As previously said, the 31-year-old has worked in a few additional films.

Moseley didn’t plan on becoming an actor, but he was approached after class one day and asked if he would like to act in a movie, according to We Are Indie Horror. According to his IMDb page, the star also modeled.