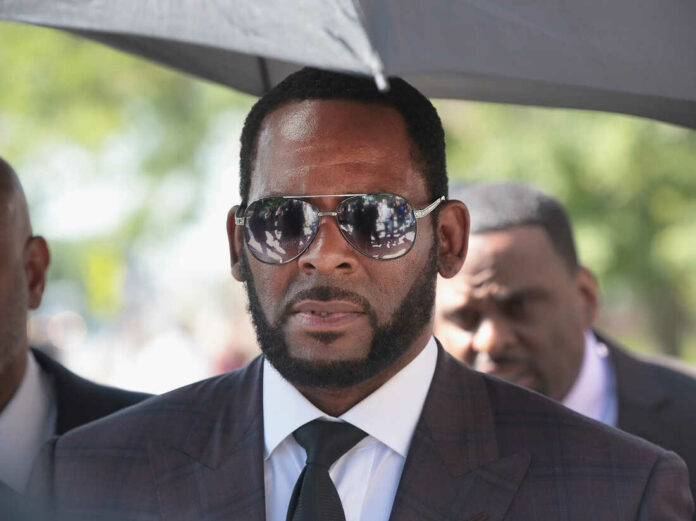 R. Kelly was sentenced to 30 years in prison in a New York court on Wednesday. Robert Sylvester Kelly, better known as R. Kelly, was found guilty of racketeering and eight counts of transporting women across state lines for the purpose of prostitution. Since July 2019, he has been behind bars; 45 witnesses gave testimony on his behalf. In addition to these charges in Chicago, he is also facing child pornography and obstruction of justice allegations in Illinois and Minnesota.

In September, Kelly was found guilty of all nine counts against him after a six-week trial revealed how he had used employees and intermediaries to seduce fans and hopeful singers into sexually abusive and controlling situations, including restricting access to food or a toilet for days. Is R Kelly Out Of Prison In 2022: Sentenced To 30 Years In Prison.

Since R Kelly was sentenced to jail in June 2022, the internet has been filled with gossip and false information about him. According to The Guardian, on Wednesday, June 29, R Kelly was sentenced to 30 years in prison. A handful of women took the stand before Federal Judge Ann Donnelly sentenced R Kelly to 30 years in prison on Wednesday, June 29. Now a month following his sentencing, stories that the singer has escaped and is out of jail continue to abound.

No, R Kelly is not free. The artist hasn’t gotten out of prison yet either. According to the Chicago Tribune, R Kelly left the Brooklyn prison only because he was transferred to the Chicago detention center on July 12th. The singer has been imprisoned in a Brooklyn jail for more than a year. According to reports by the Chicago Tribune, R Kelly’s attorneys state that he was diagnosed with COVID-19 while incarcerated at New York’s Sing Sing Correctional Facility.

Kelly has repeatedly faced allegations of sexual abuse that have resulted in multiple civil suits and criminal trials. On February 3, 2002, a video began circulating allegedly depicting Kelly’s sexual abuse of a girl known to be underage. On February 22, 2019, the Cook County State’s Attorney’s Office in Illinois charged Kelly with 10 counts of aggravated criminal sexual abuse.

Kelly was held on $1 million bond and instructed to maintain a distance from any minor under the age of 18 or alleged victim. All allegations shocked him, he said, and his attorneys vowed that they would prove his innocence. He was released on bail after three nights in Cook County Jail, where he had been held without charge for more than two weeks.

According to Bonjean, Kelly was “devastated” by his sentence and would appeal. The Federal Bureau of Prisons implemented suicide watch on Kelly after his conviction. His legal team claimed that the precautions were needless, punitive, and cruel because he had never considered suicide or been suicidal.

However, the authorities claimed that it was for his own protection. On July 13, 2022, Kelly left Metropolitan Detention Center, Brooklyn, and went to Metropolitan Correctional Center in Chicago ahead of a trial in the United States District Court for the Northern District of Illinois.