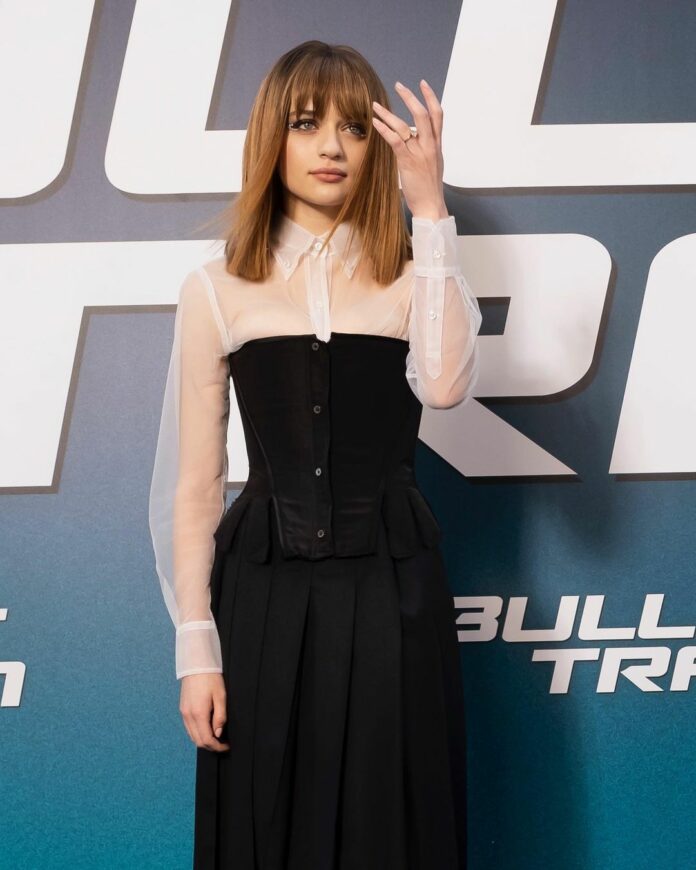 Joey King is an American actress. She rose to prominence for her role as Ramona Quimby in the comedy film Ramona and Beezus (2010). She has since gained wider recognition for her lead role in The Kissing Booth (2018), as well as its two sequels. King was praised for her work in the crime drama series The Act (2019), for which she was nominated for a Primetime Emmy Award and a Golden Globe Award, among other accolades. Meet Joey King Parents: Terry and Jamie King.

Terry and Jamie King, the parents of Jordan King, were both born in Los Angeles. At the age of four, he began his acting career by filming a commercial for Life Cereal. She has also been in advertisements for AT&T, Kay Jewelers, and Eggo. King went to Phoenix Ranch School in Simi Valley.

As a youngster, King performed a cappella for a talent competition at the Simi Valley Cultural Arts Center. She’s also worked with Stage Door Children’s Theatre in Agoura. Hunter and Kelli King are her older sisters, both of whom are actresses. I’m mostly Jewish, according to King.

Joey King was born in Los Angeles, California, to Terry and Jamie King. She started her career as a child actor at the age of four, appearing in a commercial for Life Cereal. Her previous credits include spots for AT&T, Kay Jewelers, and Eggo. King received her secondary education at Phoenix Ranch School in Simi Valley, California.

King, who was raised in Simi Valley, sang a cappella for a talent show at the Simi Valley Cultural Arts Center when she was younger. She also performed with the Stage Door Children’s Theatre in Agoura. She has two older sisters, actresses Kelli King and Hunter King. King has stated that she is “part Jewish and part Christian, but I’m mostly Jewish”.

King made her film debut in Reign Over Me as the main character’s daughter. After that, she voiced the yellow fur ball Katie in the animated film Horton Hears a Who! (2008). She has also been seen in the daytime soap opera The Young and the Restless (2009), where she portrayed Elizabeth Winthrop. She appeared in Quarantine (2008) as well. In 2010, she guest-starred in Ghost Whisperer as Emily Mason. She was also seen in The Suite Life of Zack & Cody as Emily Mason in two episodes of The Suite Life of Zach & Cody. Other shows include Entourage, CSI: Crime Scene Investigation, Medium., and Life in Pieces.

King made her big screen debut in the 2010 film Ramona and Beezus, an adaptation of Beverly Cleary’s books, as Ramona Quimby. She also released a song for the picture called “Ramona Blue.” In 2011, she co-starred in Crazy, Stupid, Love and appeared in Taylor Swift’s “Mean” video as a young student at a school cafeteria shunned by her classmates.