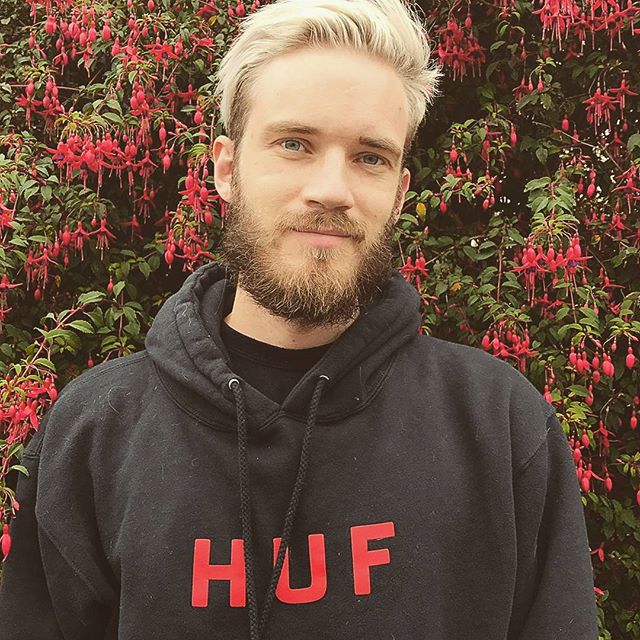 PewDiePie real name is Felix Kjellberg, is a YouTube celebrity whose comedy and video game commentary channel has earned over 105 million subscribers and has an estimated net worth of $40 million. He was voted Most Popular Gaming Web Star at the 2014 Teen Choice Awards. In 2016, he was included on Time Magazine’s list of The World’s 100 Most Influential People. Tune in bio and explore more about PewDiePie’s Wiki, Bio, Age, Height, Weight, Wife, Net Worth, Family, Career and many more Facts about him.

YouTuber PewDiePie is married with his long-time Italian girlfriend Marzia Bisognin. The couple tied knot on 19 August 2019. The couple now Felix and Marzia Kjellberg got married exactly eight years after they first met in a small ceremony that appears to have taken place at London’s Kew botanical garden. After establishing an online relationship, Kjellberg flew to Italy to meet her. PewDiePie proposed to Marzia Bisognin in April 2018 while the couple was on holiday in Japan.

The wedding was a small, intimate affair with “our closest friends and family” in attendance, Marzia Kjellberg wrote on Instagram. Some of the guests included YouTubers JackSepticEye, GirlGamerGab, KickthePJ, and Boyinaband. Marzia Kjellberg’s blush-colored wedding dress was made by a couture designer named Joanne Fleming, who Kjellberg thanked on Instagram for “bringing my vision to life.” Additionally, embroidery on the dress’ train was done by a British artist named Susan Kennewell. The process for the dress took “months,” Kjellberg wrote on Instagram, but said the final result was her “dream dress.”

Currently, this lovey-dovey couple live in Brighton, a seaside city in the United Kingdom, and have two dogs: pugs named Edgar and Maya. The duo is not blessed with any children yet.

PewDiePie was born Felix Arvid Ulf Kjellberg, in Gothenburg, Sweden on October 24, 1989. His parents are Lotta Kristine Johanna and Ulf Christian Kjellberg. His father is a corporate executive and his mother is an award-winning Chief Information Officer. He has an older sister named Fanny. In high school Felix would skip school to play video games. He graduated high school from Göteborgs Högre Samskola. He was originally focused on pursuing a degree in Industrial Economics and Technology Management at Chalmers University of Technology. However, he found himself uninterested in the courses so he dropped out. He did not drop out to pursue a YouTube career as has been widely reported over the years. While he was not interested in his school courses, he did have a passion for photoshop and a continued love of video games. He sold photoshopped images to save enough money to buy a computer.

Talking about his career, Felix joined YouTube on December 19, 2006. His original channel was actually called “Pewdie”. He explained his choice of the word “pew” as the sound a laser makes. His early videos consisted of Felix playing Call of Duty. He also mixed in some vlogging videos. For a time he forgot/lost the password to his Pewdie channel so he launched a new one called PewDiePie on April 29, 2010. On the PewDiePie channel he focused on Call of Duty, Minecraft, and various other horror/action games. For example, he would play short clips of his best CoD kills with entertaining commentary and edits. For his Minecraft videos he would post “Let’s Plays” where one would simply play the game.

Moreover, in 2012 and 2013, PewDiePie was the fastest-growing channel on YouTube. In 2013 alone, the channel grew from 3.5 million subscribers to 19 million. He gained a new subscriber that year at a rate of 1.037 PER SECOND, the entire year. He earned 1.3 billion video views that year and ended as the most subscribed channel on YouTube.

Currently, he is 30 years old. He stands on a height of 5 feet 8 inches tall and weighs around 65 Kg. In addition, he has dark brown eyes and has blonde hair.

How much is PewDiePie Worth? PewDiePie is a Swedish video game commentator and internet celebrity who has a net worth of $40 million. He isn’t just YouTube’s biggest star in terms of video views, he’s also perennially one of the highest paid personalities on the site.