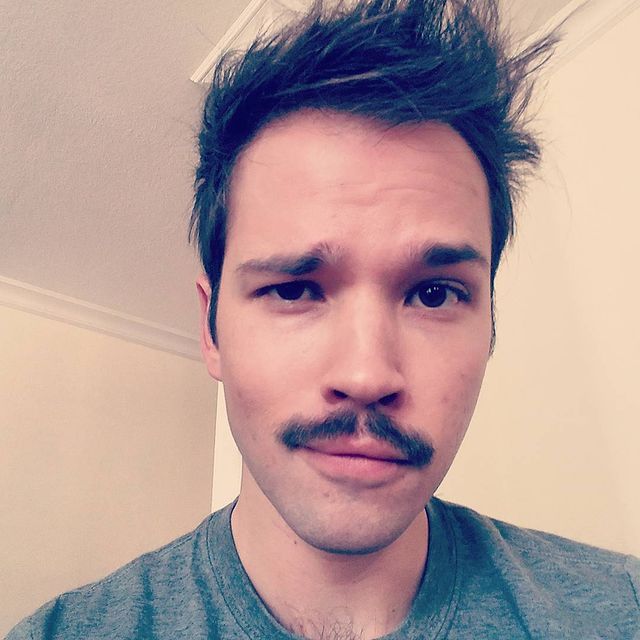 Nathan Kress is an American actor, director, and well known former child model. Since his childhood, Kress has been very interested in acting. At the age of four and played the role of Freddie Benson on the Nickelodeon series iCarly and as the voice of Wedge Antilles in the Disney XD animated series, Star Wars Rebels. He has million of followers under his Instagram account. He has 3 million followers on his Instagram account. Tune in bio.

How old is Nathan Kress? He was born on November 18, 1992 in Glendale, CA. He is 28-yrs old. He holds American nationality and belongs to mixed ethnicity. His father and mother names are not known. He has siblings as well. He has two brothers, Andrew and Kevin, neither of whom are involved in show business. As of education, he is well educated.

How tall is Nathan Kress? He stands tall with a height of 5 feet and 8 inches and weighs about 65 kilos. He is a fitness freak as well. He has blonde hair and has light brown eyes.

Who is the wife of Nathan Kress? He is married with Elise Moore, in 2015, in Los Angeles. Couple is also blessed with children. Their first child, a girl, was born on December 21, 2017. On October 21, 2020, Kress announced that he is expecting his second child with his wife. On March 22, 2021, Kress announced the birth of his second daughter.

How much is the net worth of Nathan Kress? He started a podcast called RadioActive Dads with Brett Davern, in 2019. He starred in the Nickelodeon television movie Gym Teacher: The Movie, in 2008. Acting is his main source of income. His net worth is estimated to be $14 million, as of 2021.