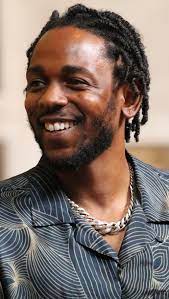 Kendrick Lamar is an American rapper and social media personality. He rose to stardom for his introspective lyrical style who first gained critical acclaim for his 2011 album Section.80. His third album, 2015’s To Pimp a Butterfly, helped him earn a wider audience, leading to seven Grammy Awards between 2015 and 2016.

The Compton rapper’s album good kid, m.A.A.d. city recently hit a milestone on the Billboard 200 chart. Since making its debut as the number two record on the music list in 2012, it has spent 450 weeks over eight years there, maintaining its position as the longest charting hip-hop studio album in history. He has 9.3 million followers on his Instagram account. Tune in bio.

How tall is Kendrick Lamar? He stands tall with a height of 5 feet and 8 inches and weighs about 65 kilos. He is a fitness freak as well. He has black eyes and hair.

How old is Kendrick Lamar? He was born on June 17, 1987 in Compton, CA. He is 34-yrs old. He grew up on welfare and in Section 8 housing. Although not in a gang himself, he grew up around gang members, with his closest friends being Westside Piru Bloods and his father, Kenny Duckworth, being a Gangster Disciple. As a teenager, he attended Centennial High School.

Who is the girlfriend of Kendrick Lamar? Lamar became engaged to his high school girlfriend, beautician Whitney Alford, in April 2015. He is a cousin of NBA player Nick Young and rapper Baby Keem.

How much is the net worth of Kendrick Lamar? Rapping is his main source of income. He released his first mixtape at the age of sixteen, eight years after watching Tupac and Dr. Dre’s music video “California Love” for the first time. His net worth is estimated to be $13 million – $15 million.

Kendrick Lamar has been outspoken about his faith in his music and interviews. On March 5, 2020, Kendrick Lamar and Dave Free announced the launching of pgLang, which is described as a multilingual, artist-friendly service company. In July 2018, Lamar made his acting debut in the fifth season of the Starz drama series Power.