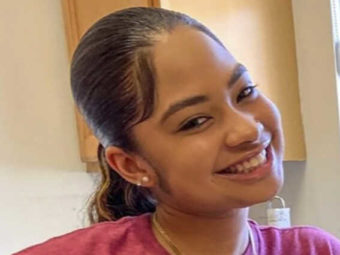 Ms. Marcano, a 19-year-old college student in Orlando, Fla., was last seen on Sept. 24 2021. Moreover, orange County Sheriff John Mina said Saturday that authorities found Miya Marcano’s body near an apartment building. The 19-year-old vanished on the same day a maintenance man improperly used a master key to enter her apartment. Her family reported her missing after she missed a flight home to South Florida on Sept. 24.

The sheriff previously said Armando Caballero, a maintenance worker at the apartment complex where Marcano lived and worked, is considered the “prime suspect.” Caballero, 27, apparently killed himself; his body was found three days after Marcano was last seen.

What happened to Miya Marcano?

On Saturday, the authorities in Orlando, Florida, said that a body believed to be Miya Marcano, a 19-year-old college student who went missing last month, was discovered. The caretaker of the girl, Ms. Marcano, had been missing since September 24, when she was last seen in Orlando wearing a red shirt and pants at the Arden Villas apartment complex, where she worked and resided with her family.

On Saturday, a body thought to be that of Ms. Marcano was discovered in a wooded area near Tymber Skan apartments in Orlando, about 20 miles from the apartment complex where she resided, according to law enforcement officials.

“Our hearts are shattered,” said Orange County Sheriff John Mina at a press conference on Saturday. “The entire Valencia community is mourning the passing of one of our own,” added Valencia College in a statement.

The coroner said that authorities were still trying to determine the cause of death. “Although we are confident about the identity, the positive identification will have to come from the medical examiner’s office,” he added.

The authorities have said that Armando Manuel Caballero, 27, is a “person of interest” in Ms. Marcano’s disappearance. Mr. Caballero was a maintenance man at the Arden Villas apartments and had expressed an romantic interest in Ms. Marcano, but she repeatedly rejected him, according to Sheriff Mina.

Mr. Caballero initially stated that he last saw Ms. Marcano at 3 p.m. on the day she went missing, according to investigators.

Because a maintenance-issued master key fob, which Mr. Caballero was known to have, was used to access Ms. Marcano’s apartment on the Friday afternoon she went missing, police obtained an arrest warrant for him, according to the sheriff.

On Sept. 27, Mr. Caballero was found dead in the Camden Club Apartments in an Orlando suburb, having apparently committed suicide. He was subsequently named the main suspect in her disappearance by the sheriff’s department.

Cellphone traces show that Mr. Caballero was near the Tymber Skan apartments — where police believe Ms. Marcano’s remains were discovered — on the night she went missing.

“He was there for about 20 minutes,” Sheriff Mina said. “Nothing in the records indicate that he ever returned there prior to killing himself.”

The case has generated enormous public interest. More than 60 investigators were working on the case. 175 people, helicopters, and dive teams were used in the search effort, which covered three counties. On Friday, the F.B.I. announced that it was providing assistance to the sheriff’s office with the investigation.

According to Sheriff Mina, authorities were “pretty certain” that Mr. Caballero was responsible, prompting them not to search for other people in connection with the case.

“As a community, as a sheriff, as a father, obviously we are grieving the loss of Miya,” he said. “Again, we can’t imagine the pain and anguish that Miya’s parents, family and loved ones and friends — really our entire community — have gone through and will continue to go through.”

On Saturday morning, Ms. Marcano’s father, Marlon Marcano, said on Instagram that his heart was broken. “I need it to be whole again,” he said.

According to the parents, Ms. Marcano was frequently called “the family’s princess” and was nicknamed “the queen of the house.” She placed second in the Virgin Islands Prince and Princess Pageant in 2012, they stated at a news conference on Monday.

The Arden Villas apartment complex, which is home to several college students, stated that “the loss of Miya’s brilliant light and kind spirit will be felt by those whose lives she touched for all time.” Residents were informed that grief counselors would be available at the facility.

Gabrielle Petito, a white woman, was reported missing last month, and her widely discussed case has raised new concerns about the tens of thousands of females and girls — many of them Black, Latina or Native American — who are reported missing each year without being acknowledged. Ms. Marcano’s vanishing follows that of Gabrielle Petito, a white lady who vanished earlier this month and whose disappearance prompted widespread speculation regarding the hundreds of thousands of women and girls – including several prominent celebrities -who go unnoticed every year.

Students at the university, which is in Orlando, Florida, played an important role in raising public awareness about Ms. Marcano’s disapperance, according to Dr. Backes.

Residents of the apartment complex where she worked and lived recognized her, according to Dr. Backes. Some students knew her, and others live in the same apartment complex as she did, he said. On buildings and elevators around campus, fliers and posters had been spread, and student organizations were trying to raise awareness about her on social media.

Also, When a woman is murdered, an intimate partner is often the main suspect, said Dr. Catherine Kaukinen, a professor of criminal justice at the University of Central Florida.

Miya Marcano was single and had not spoken anything about her boyfriend or personal life. She was a bright student other than anything else.