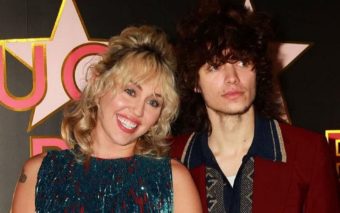 Miley Cyrus and Maxx Morando have fueled dating speculation after being seen together in Miami on New Year’s Eve. In fact, the two have been linked for some time because they were seen together on several occasions since November of last year. So, who is Maxx Morando? Here’s all you need to know about him, including his age and career.”

Maxx Morando is a 23-year-old musician who has been the drummer for Los Angeles band The Regrettes since 2015. He was born on November 16th 1998 in Los Angeles and went to school at School of Rock in Hollywood, California.

Feel Your Feelings Fool! is the band’s debut studio album, which was released on January 13th 2017. Max has toured with fellow indie act Sleigh Bells while performing as a drummer for Liily in recent years.

Yes, Maxx has an Instagram account! You can find him at the handle @mmaxxm, where he has 15.4k followers.

A customized cartoon collaboration he created with Shane Kastl for Miley for Vogue Magazine is included in one of his articles. You may keep up with Maxx’s current band Liily on Instagram by going to the link below.

Maxx and Miley have been linked since they started appearing together in public several times recently. On November 2nd 2021, they were at the Gucci Love Parade fashion show in Los Angeles.

Miley and Maxx were seen snuggling up on a hotel balcony in recent photographs published by The Daily Mail. Furthermore, an E! News insider stated, “She’s dating Maxx happily. It’s been confirmed between them.”

Who is Yinka Bokinni? Age, boyfriend and parents of journalist revealed