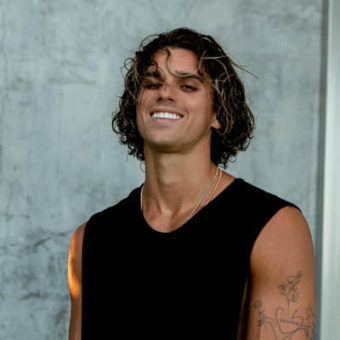 You’ve certainly heard of up-and-coming Jay Alvarrez on your Instagram or TikTok feed lately. Gabrielle Union has been seen in major advertiser campaigns, dated a slew of well-known ladies, and is now caught up in an unexpected “coconut oil” drama after featuring with Logan Paul.

Here’s what you should know.

Alvarrez was born in Hawaii on July 5, 1995. His mother passed away from cancer at the age of 14, leaving him to care for his father. He grew up with his father and has since become a renowned model, travel blogger, and social media influencer.

At press time, Alvarrez has 6.4 million Instagram followers. He has worked with companies such as Aldo, Bonds swimwear, Calvin Klein, Express, Ralph Lauren, and Hyundai as a model. In September 2020, Alvarrez was the cover star of GQ Style Russia.

Who is Jay Alvarrez dating?

Since 2014, Alvarrez has been linked to a number of models and influencers.

In 2014, Alvarrez and Alexis Ren dated one another. The rise of Alvarrez’s popularity was aided by Ren’s huge following. They bonded over the loss of their moms, but after two years, they broke up — and it got ugly.

Tana Mongeau and Alvarrez never explicitly acknowledged their relationship, but many expected them to be a couple. The “boyfriend tag” was used in a YouTube video by the pair, which prompted many to believe they began dating while on an influencer trip to Greece. On the vacation, Mongeau posted a photo in which Alvarrez fed her grapes, writing under it, “Bae feeding me clout like.”

In 2019, Alvarrez began seeing Italian model Valentina Fradegrada. However, when the pair posted a nude selfie with the message, “Bang her on every piece of furniture in his house,” it did not go over well. Jay later revised the caption to read, “I can’t believe anyone got upset by this. I’ll upload the video next time.” He eventually deleted the photo.

Why is Jay Alvarrez trending on TikTok?

Because no influencer can go unscathed by Logan Paul, Alvarrez became entangled in a sex tape controversy in December — and he has the YouTuber to thank. Paul and Mike Majlak discussed the existence of a video, in which Alvarrez sleeps with Russian model Sveta Bilyalova, on their Impaulsive podcast. Naturally, the internet went out and found it, and chaos ensued.

Many people are thinking that because the video has a high production value, it was most likely uploaded by Alvarrez and Bilyalova themselves. On the other hand, multiple times, Bilyalova has claimed that Alvarrez uploaded it without her knowledge, while both Alvarrez and many of his friends (including Mongeau) have denied it. Regardless of how you look at it, in a society where both famous and non-famous individuals have to deal with such invasions of privacy, most people aren’t blaming either model for the video.

TikTok users are obsessed with two subjects and only two subjects: the fact that Missy Elliott’s “Pass That Dutch” is in the clip, and the fact that Alvarrez uses a kettle to heat coconut oil as a lubricant, which sounds genuinely frightening! If you spot any references to coconut oil on TikTok, it’s probably because of this.