What was Robert Durst’s net worth? Businessman has passed away in jail 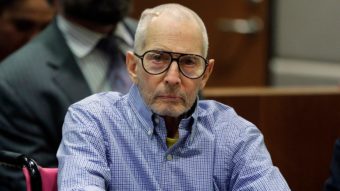 Robert Durst, a millionaire who had been convicted of first-degree murder and other charges, died in prison at the age of 78, as reported by the BBC. According to Chip Lewis, Durst’s lawyer, he perished at the San Joaquin General Hospital while in the care of California’s Department of Corrections.

The 78-year-old was sentenced to life imprisonment in October 2021. Durst died of natural causes, according to his lawyer, and had been suffering from several medical issues. We take a look at Durst’s net worth as new allegations emerge.

Who Was Robert Durst?

The son of Seymour Durst, Robert was most notable for being a real-estate heir. After graduating from Lehigh University in economics in 1965, he went on to UCLA to pursue his graduate degree.

He became infamous after HBO documentary series The Jinx: The Life and Deaths of Robert Durst (2015). He was caught on tape saying he’d “killed them all” in the series. Durst was a suspect in his first wife’s 1982 disappearance, and he was convicted of murdering Susan Berman last year. Kathie Durst’s whereabouts remain a mystery.

What Was Robert Durst’s Net Worth?

The Durst family is one of America’s wealthiest, with a large net worth and members who are prominent figures in real estate.

Robert’s grandaddy, Joseph Durst, came from Poland to the United States in 1903 with $3 in his pocket and founded the Durst Organization in 1915. After Joseph’s death in 1974, Robert’s father, Seymour, took control and concentrated on constructing skyscrapers in New York City.

The Durst family’s real estate portfolio includes more than 16 million square feet in New York and Philadelphia. They also have a 10% stake in One World Trade Center. After pleading guilty to murdering his friend Susan Berman in September 2021, Durst died a prison inmate in California.

He told police he killed her to keep her from talking to them about his wife’s disappearance. Police believe he murdered two others, but no physical evidence has ever been found to support this.