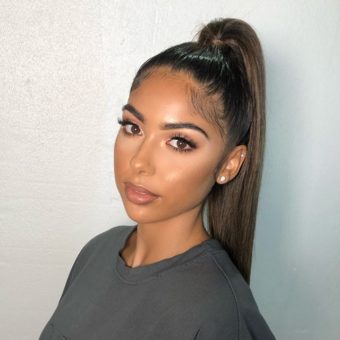 Well known for her myamills Instagram account, she has racked up more than 650,000 followers with selfies that also promoted fashion, accessory and cosmetic brands. As a model, she has worked with PrettyLittleThing, Misspap, and I Saw It First. Who is Mya Mills, where did she grow up, and how old is she?

Who is Mya Mills?

Mya Mills is a British Instagram model who She was featured on a YouTube channel called Junior alongside DreyRivers in a video titled “SHE FRIENDZONED ME” in September of 2017. With over half a million followers on her Instagram account. Mills has been represented by talent agency MUSE since he was a child, and he’s worked with PrettyLittleThing, Misspap, and I Saw It First.

According to sources, Mills has collaborated with several other companies.

In the song “Porro,” Lil Pino, a Puerto Rican rapper, expressed his own sentiments for (then 18-year-old) model Alanna Garcia in his own way on 6 February, 2020. He released a song (with explicit lyrics) bearing her name – Mya Mills – on the GRM label, which made several allusions to Mya.

On his Instagram account, Digga D uploaded three photos yesterday, two of which featured Mya Mills. The third photograph depicted the artist holding a bouquet of flowers. It’s unclear how long Digga D and Mya Mills have been dating, but the image reel has already amassed over 300,000 likes on photo-sharing site Instagram. Similarly, Mya’s post has received over 170,000 likes.

Several of the remarks contain references to Lil Pino. “Lil Pino is punching the air right now,” one user remarked, while another said simply, “Lil Pino is fuming.” Twitter also chimed in to offer a guess at Lil Pino’s feelings about the images.

The relationship of Digga D and Mya Mills was a major topic on Instagram Stories, prompting one Twitter user to claim the images had broken the internet.