Who is TeeZandos? Dutchavelli messages leaked 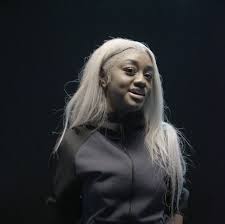 TeeZandos is a mystery. Aside from a leaked Instagram discussion with Dutchavelli, the East London rapper has been making waves through Echo Location Talent Agency. So, who is she? TeeZandos makes what Vice calls ‘demonically good drill’

In November 2019, TeeZandos made her UK debut with a “Who’s Got Bars” freestyle. She debuted as a solo artist later that month with the song “Need Focus,” which she recorded when she was 17 years old.

Since then, the rapper from Hackney has released a series of freestyles and songs including “Slender”, “Day Of The Dead”, “Highlander”, and a freestyle with Link Up TV.

She spent her downtime “writing bars” – according to a Vice interview over the phone. She also addressed her connection to Satanism during the lockdown.

She mentioned that she “found [her] calling” in Satanism, and accepted it. “I grew up in a God-fearing household and asked myself, ‘why am I following Christianity?’” The TeeZandos saga is not unique in involving a young black woman turning to ancient, pagan beliefs.

She describes herself as a “dark and uncompromising” artist, with her music “oozing with contemporary quirks that every Snapchat-obsessed teenager in the city can identify to.” Her stage name comes from her blood type (A+), which she believes is similar to the suburban bedroom aesthetic of her songs.

What is TeeZandos’ link to rapper Dutchavelli?

A recent discussion on Reddit includes a collection of allegedly leaked private Instagram communications between British rapper Dutchavelli and TeeZandos.

The messages are personal, and Reddit users are wondering if there is a connection between them. Others were critical of their age differences – Dutchavelli is 27 years old.

What happened to Ronnie Coleman? Injuries and surgeries explained