Who is Yinka Bokinni? Age, boyfriend and parents of journalist revealed 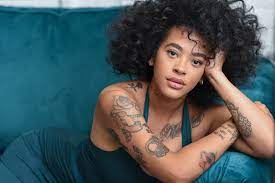 Yinka Bokinni’s age, boyfriend and parents revealed: Yinka Bokinni, a broadcast and radio journalist, produced The Boy Next Door to commemorate the 20th anniversary of Damilola Taylor’s murder outside a North Peckham estate. Now that they are older, viewers are interested in learning more about Bokinni and her relationship with Damilola as children.

Yinka Bokinni was born in England to an Irish mother and a Nigerian father, one of six brothers and sisters who grew up in a close-knit family. As a youngster, she played on the same North Peckham estate as Damilola Taylor, and the two were members of the same peer group. She said in an interview with Melanmag: “My dad is my biggest fan.”

During her speech, she described how she grew up in a West African family: “My mother was very receptive to Nigerian culture.” She discussed the myth of escaping the ghetto during a Tedx Talk (see below).

Bokinni studied law but instead pursued a career in broadcast journalism, combining her love for music with her work. She began at RinseFM as a volunteer and joined The Breakfast Show in 2015. She was working in a career she didn’t feel passionate about when she submitted a tape to Capital XTRA in 2016. She began working as a presenter for them after that.

Yinka has a YouTube channel where she regularly uploads true-crime short films. She also works as a DJ, vlogger, and blogger and has been featured in publications such as Hello! and Fabulous. She’s also active on YouTube, where she produces short educational videos about real crime.

In 2018, she was featured in a video for Dazed magazine, where she was paired up on a Tinder date with Sheik, a man. Yinka’s brave, take-no-prisoners attitude shines through charmingly in the three-minute film. They go ten-pin bowling but there’s no indication they continued dating after this movie.

However, in an interview with Metro a month later, Yinka said of her daily routine: “I check to see if I haven’t overslept and then kiss the boyfriend on the cheek because…morning breath.”

It’s impossible to tell if Sheik became her boyfriend then or if she was dating someone else. According to DatingCelebs, however, she is currently unattached. In this video below, she discusses her previous relationship.

How is Yinka connected to Damilola Taylor?

To remember the loss of her childhood friend, Yinka produced the Channel 4 documentary Damilola’s Murder, which was created by Ashley Francis-Roy and is currently available on Netflix.

The synopsis on Channel 4 states: “Yinka Bokinni was a friend of Damilola Taylor growing up in Peckham. On the 20th anniversary of his death, she confronts the impact of his killing and conflicting thoughts of their childhood community.”

Yinka lived on the same estate as Damilola Taylor and, in the video below, tells Good Morning Britain she knew him for four months before his death. The North Peckham estate was razed and its residents relocated soon after the slaying.

Yinka explains in an interview with The Guardian that she was unable to grieve for her brother with her peers: “We were never seen again. We didn’t speak of Damilola for 20 years.”

Through his honesty and vulnerability, Yinka has captured the nation through his writing about his childhood pal and the person he could have been today.