Kylie Jenner Get Trolled For Her Met Gala 2022 Dress 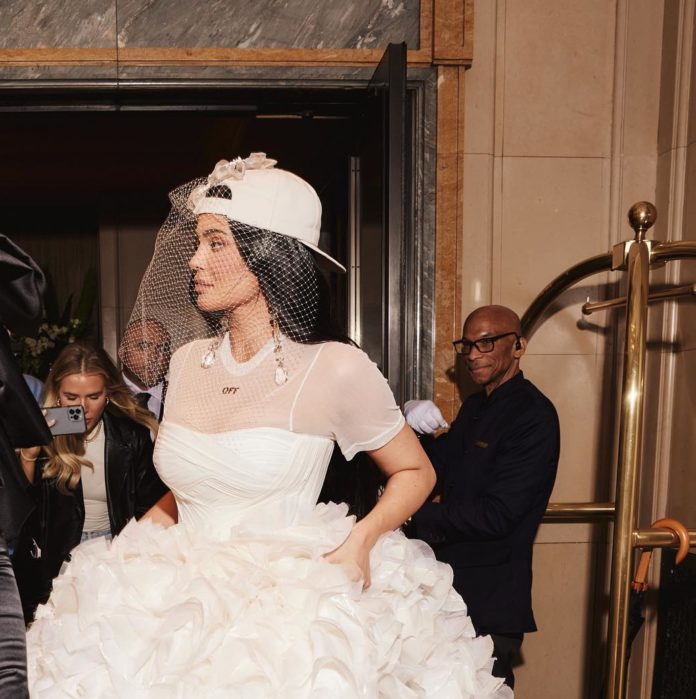 The Met Gala has arrived at last, and Kylie Jenner’s ensemble and appearance have everyone talking. Many people turned it into a meme, noting how the 2022 event had many celebrities coming together to breathe life into the entire celebration.

Kylie Jenner‘s ensemble was one of the most standout looks of the night. The makeup mogul wore a plunging, sheer dress with sequins and a fur stole. Her long, dark hair was styled in loose waves, and she sported smoky eye makeup.

Jenner’s look was so over-the-top that it quickly became a meme. Dresses that some loved while others hated were seen throughout this time period. Kylie has always been able to capture everyone’s attention with her outfit, but this time she may have done so for all the wrong reasons. Kylie Jenner Get Trolled For Her Met Gala 2022 Wedding Dress.

Kylie Jenner Get Trolled For Dress

Kylie dressed as a bride for the Met Gala. Unlike any other bride, she was unlike anything you’d ever seen before. By donning a one-of-a-kind white dress that didn’t exist elsewhere, the reality star was able to keep up with the atmosphere’s energy. Kylie’s cap and a garment on her wedding gown that added an edgy element were two things that caught everyone’s attention.

Users Turn The Dress Into A Meme

While the model seemed to think she did well on the red carpet, it appears that Twitter users had something else on their minds. While Kylie’s previous Met Gala looks have astounded everyone, many people felt he didn’t do as well this time around. Several memes relating to the same were shared rapidly. The following are some of them:

Kylie has yet to reveal the name of her and Travis Scott’s son. The couple had previously called their kid Wolf. However, after much thought, they decided to change it. To date, no new name has been revealed. “This experience for me personally is a bit more difficult than with my daughter,” she added when speaking about her newborn.

She continued: “It’s not easy mentally, physically, spiritually, it’s just crazyAnd yeah, I didn’t just want to get back to life without saying that because I think we can look on the internet — for other moms going through it right now — we can go on the internet, and it might look a lot easier for other people, and put the pressure on us, but it hasn’t been easy for me.”