What Is The Meaning Of Rubber Lips: Explained 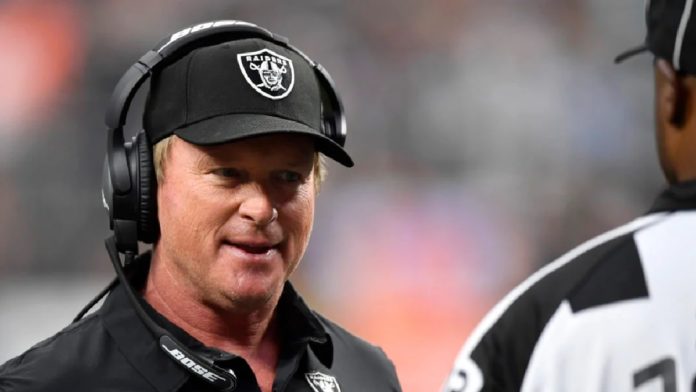 After some old remarks by Raiders coach Jon Gruden resurfaced on social media, there has been a debate among fans. We’re here to break down the significance of rubber lips and attempt to clarify it in such a way that you’ll understand. What Is The Meaning Of Rubber Lips: Explained.

The term “rubber lips” has a variety of meanings, according to the Urban Dictionary. Rubber mouths occur when you butcher a word’s pronunciation as a result of lingual clumsiness, when you trip over a word that you typically pronounce or when you come across a combination of sounds that you are unable to produce yourself.

The phrase “rubber lips” has a second definition which is “someone with protruding lips,” and it appears that Mick Jagger was recently dubbed rubber lips because of his distinctive lip form. However, there are many people on social media who believe that the term might be a racial trope, reflecting outdated notions about the black community.

How Did Jon Gruden Use The Phrase?

In the year 2021, when speaking about the comments he made in an email in 2011, where he referred DeMaurice Smith to have lips as big as Michelin tires, Raiders head coach Jon Gruden informed a senior athletic writer Vic Tafur that he used the phrase “rubber lips” to refer to people who lied.

Gruden said that he doesn’t feel like he’s getting the facts and refers to men when he sees them lying, referring to them as rubber lips and stating that he went too far by calling his lips “Michelin tires.” Gruden has apologized for his 2011 email language, which suggests the NFL is looking into the situation in detail.

This incident happened a long time ago, but he was never held accountable for it, thus the difficulty here is that it doesn’t matter that he did this decades ago; what matters is whether or not he has faced the consequences of his actions and it appears like he hasn’t. We will keep you updated on what the NFL has decided to do to resolve the problem.

What does rubber lips mean? There are a few different definitions for the term “rubber lips.” It can mean someone who butcher’s a word’s pronunciation, someone who trips over a word they usually pronounce or someone who comes across a combination of sounds they are unable to make themselves. It can also mean somebody with protruding lips.

When did Jon Gruden use the phrase rubber lips? In 2021, while speaking about comments he made in an email in 2011, Raiders head coach Jon Gruden told senior athletic writer Vic Tafur that he used the phrase “rubber lips” to refer to people who lied.

What did Jon Gruden say in his 2011 email? In his 2011 email, Gruden referred to DeMaurice Smith as having lips as big as Michelin tires. He also said that he thought Smith operated like a “political machine” and was just trying to make money off of football players.

How has the phrase rubber lips been perceived in recent years? There has been some debate about whether or not the term “rubber lips” is a racial trope, reflecting outdated notions about the black community. Some people argue that it perpetuates harmful stereotypes, while others insist that it is simply being used as a metaphor for lying or exaggerating. Ultimately, it will be up to individuals to decide how they feel about this issue for themselves.

Read Also: Why Is Tim Lovejoy Not On Sunday Brunch Today?