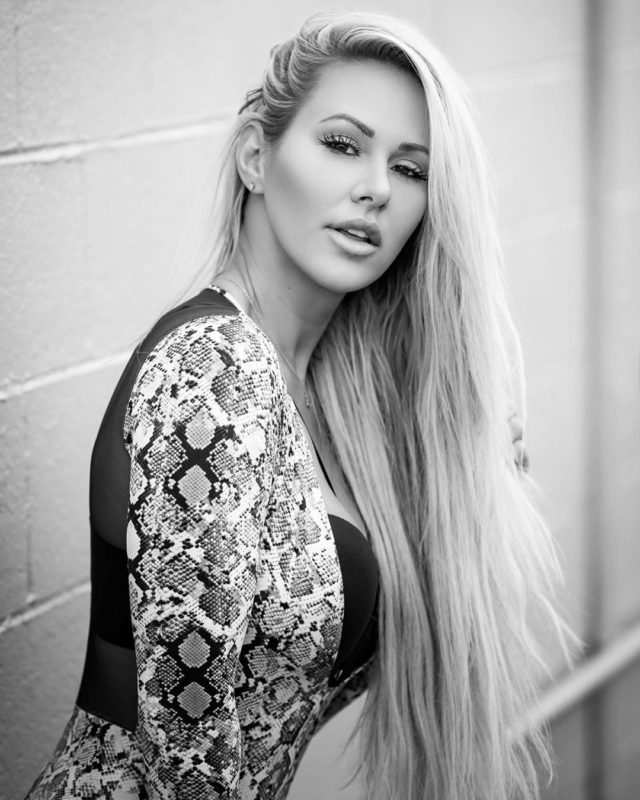 Kindly Myers is well known model and fitness freak from Bowling Green, Kentucky, USA. She also appears on various popular men’s magazines, such as “FHM”, “Maxim”, and “Playboy”. Initially, she rose her fame through the app Vine, on which she collaborated with various popular personalities. Other than this, she served in the Army National Guard for four years. When not modeling, she has worked as a bartender at the world famous Tootsies Orchid Lounge in Nashville, Tennessee. She also is a University of Kentucky superfan. She is also a popular Vine star, often seen collaborating with famous vine stars like Charlie Classic and Jeffrey Cyrus. She also posed for various top fashion magazines like, Maxim, Coed, Joker Magazine and many more. Tune in bio!

How old is Kindly Myers? She is 34 years old. How tall is Kindly Myers? She stands on a height of 5 feet 6 inches tall. She weighs around 56 Kg or 125 lbs. She has a very seductive and body. She usually uploads her bikini and hot images on her Instagram account. She also has some tattoos and piercings on her body.

Kindly Myers has a perfect body measurement of 34-26-35 inches. As a child, she always wanted to become a basketball player and is a great fan of the University of Kentucky. She has hazel eyes and has blonde pretty hair. She is a fitness freak and also take care of her fitness by doing day to day daily exercises. She used to drink a lot water to keep her face glowing naturally. She looks stunning in bikini. In addition, she is tattoo lover.

Who is the current boyfriend of Kindly Myers? She is in relationship with her boyfriend named, Harrison Yonts. However, she merely shared about her love life publicly. But on the other hand, she also uploaded some of the images with her boyfriend. She also has some previous dating, Myers has been in a relationship with ‘Harrison Yonts’ since 2012. During 2012, she confirmed their relationship through a Twitter post on National Boyfriend Day. Since then she has posted several photos and posts regarding her boyfriend, though they are few and far between. Due to the gap between her posts about her relationship, several sources speculated that she is single and that the two are no longer dating.

Kindly Myers was born on September 20, 1985, in the United States of America. She grew up on the Kentucky/Tennessee border and moved to Nashville after school to get out there and see what the city had to offer. She holds an American nationality and belongs to the White-American ethnicity. She lost her father when she just two years and was raised by a single mother. She has two sisters in which one is elder and one is younger. As per her education, Myers received her education from the Red Boiling Springs, Winter Haven high school, and Ft Lee Virginia. Before pursuing a career in modeling, Myers served in the Army National Guard for four years, which is quite surprising for a model. She learned that she was much stronger than she ever thought she ever was, both mentally and physically. She also got to shoot many different types of guns and rocket launchers.

Before starting her modelling career, she serves as a bartender at the world-famous Tootsies Orange Lounge in Nashville, Tennessee. She also worked as an ace bartender for Legends Corner for seven years, which helped her develop mentally and physically. She learned to shoot various types of guns and even rocket launchers during her training, and then served as an automated logistics specialist. After her four year service, she went back to her path of pursuing a career as a model. Myers started her early career as a customer service representative in Walmart and Sales Representative for Abercrombie and Fitch. She worked in the Buckwild Saloon as a bartender, before joining the Army National Guard as an automated logical specialist. Myers has also worked as an inside sales representative for Permobil and is a spokes model for Redneck Riviera. Currently, she is the Spokesperson at The international bikini model search and a model at “The heavyweight factory”. She was also published on the cover of “Joker” magazine, and began being featured on websites such as Busted Coverage.

What is the net worth of Kindly Myers? Her net worth is estimated over $1 million. Her primary source of income is her modelling career. Her popularity online has led to numerous opportunities. In a very short span of time, she grabbed a lot of attention of her fans and many sponsors as well. She also started her own subscription-based website in which she posts exclusive content for those who pay, but does not post nude photos or videos through it.