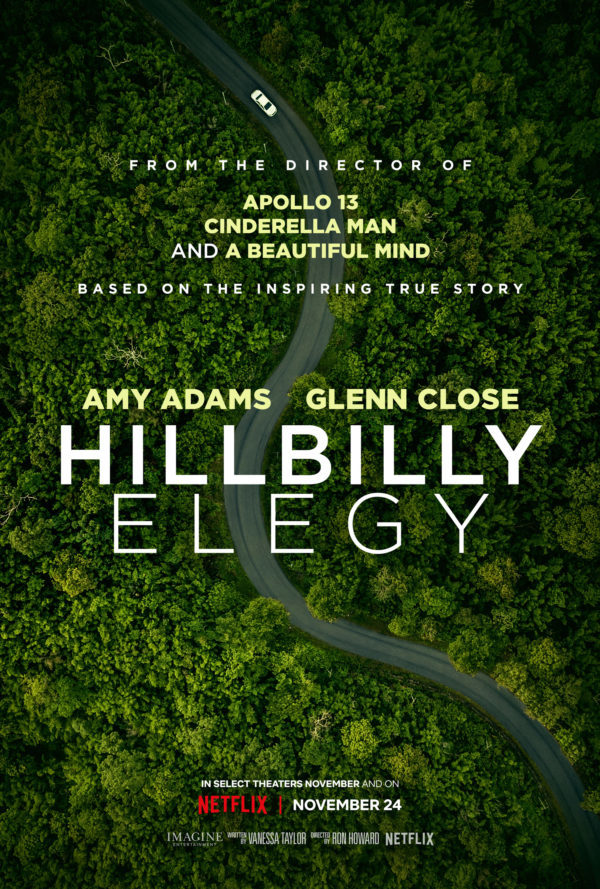 Hillbilly Elegy is an upcoming 2020 American drama film. The movie is directed by Ron Howard. It is based on the memoir of the same name written by J. D. Vance about the Appalachian values of his Kentucky family and their relation to the social problems of his hometown of Middletown, Ohio, where his mother’s parents moved when they were young.

What is the release date of Hillbilly Elegy? Hillbilly Elegy is scheduled to be released in select theatres and on Netflix on November 24, 2020. The film is a modern exploration of the American Dream through three generations of an Appalachian family.

J.D. Vance (Gabriel Basso), a former Marine from southern Ohio and current Yale Law student, is on the verge of landing his dream job when a family crisis forces him to return to the home he’s tried to forget. J.D. must navigate the complex dynamics of his Appalachian family, including his volatile relationship with his mother Bev (Amy Adams), who’s struggling with addiction. Fueled by memories of his grandmother Mamaw (Glenn Close), the resilient and whip-smart woman who raised him, J.D. comes to embrace his family’s indelible imprint on his own personal journey.

Based on J.D. Vance’s #1 New York Times Bestseller, directed by Academy Award winner Ron Howard and produced by Academy Award winner Brian Grazer, HILLBILLY ELEGY is a powerful personal memoir that offers a window into one family’s personal journey of survival and triumph. By following three colorful generations through their unique struggles, J.D.’s family story explores the highs and lows that define his family’s experience.

Amy Adams is a well known American actress. She is well known for both her comedic and dramatic performances, she has placed three times in annual rankings of the highest-paid actresses in the world.

Glenn Close is an American actress and producer. Moreover, she is a seven-time Academy Award nominee, having the record for the most nominations without a win for an actress.

In 2016, Close was inducted into the American Theater Hall of Fame, and in 2019, Time magazine named her one of the 100 most influential people in the world.

Gabriel Basso is an American actor, known for his roles in the Showtime series The Big C, the 2011 science fiction film Super 8, and the 2013 comedy-drama The Kings of Summer.

15-yrs old Owen Asztalos is an American actor who acted as Rowley in Diary of a Wimpy Kid: The Long Haul replacing Robert Capron.

The story of “three colorful generations” and the first assets for the movie including the first trailer set to be released in select theatres and on Netflix on November 24, 2020.