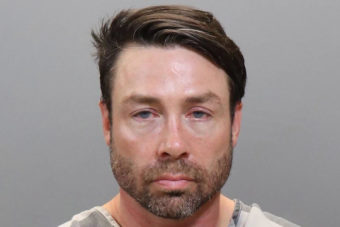 Geoffrey Paschel of 90 Day Fiancé was sentenced to 18 years in prison for his conviction in an assault case. The allegations involved Geoffrey’s former fiancée, Kristen Wilson, who took part in a 2019 event.

After appearing on season 4 of Before The 90 Days, which chronicled his long-distance relationship with Varya Malina, Geoffrey Paschel became known to the general public.

Paschel and Malina were not seen in the season 4 tell-all in 2020 as a result of his misconduct allegations. However, despite the news of his conviction, the pair have stayed close, with Malina recently uploading a selfie on Instagram to show her support for Paschel.

According to InTouch, Paschel has been married four times. According to the same source, Paschel was married once to Allison Moon and twice to Brittany Pasche. Kristen Wilson, the woman assaulted by him, was never married but were engaged for months leading up to June 2019.

According to the Knoxville News Sentinel, Geoffrey Paschel was sentenced to 18 years in prison on March 27th after being previously convicted of assault. Wilson called the police early one morning in June 2019 to report that she had been assaulted by Paschel.

After being released on bail, Kristen was initially examined at a hospital in Anchorage. According to police reports, she had black eyes and bruises on her forehead, arms, and lips.

Knox News acquired a copy of Kristen’s request for protection, which stated that her head had been “slammed into the hardwood floors.” After a two-day trial in October 2021, a jury found Geoffrey Paschel guilty and he was imprisoned.

The trial kicked off in October 2021, months after the initial incident.

It spanned two days, with jurors deliberating for several hours before handing down a guilty verdict.

Another of Geoffrey’s exes, Mary Wallace, was seen crying in the courtroom as the judge announced that the star would be taken into custody immediately.

After the trial, Geoffrey’s mugshot was made public.

He scowled in the photo, shared by Court TV host Julie Grant.

She confirmed his sentence at the time, captioning her post: “BOOKED! Former @TLC #90DayFiance star Geoffrey Paschel will stay in jail until he learned his sentence for the brutal beating of his ex-fiancée.”