How many athletes are competing in the 2022 Winter Olympics? 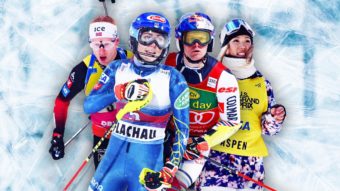 The 2022 Winter Olympics began in Beijing on Friday with the opening ceremony, which marked the start of the event. The opening ceremony is a chance for the host country to make a statement to the world with an unforgettable display and performance, as preliminary competitions have already begun in curling, ice hockey, luge, and various skiing events.

The eagerly anticipated spectacle is set to begin at 8 p.m. local time (7 a.m. ET) on NBC from Beijing’s National Stadium, which will be broadcast live.

The United States has declared a diplomatic boycott of the Beijing Games this year. While American athletes will compete, the Obama administration will not send an official delegation to the Games because of China’s “ongoing genocide and crimes against humanity” in Xinjiang’s northwest region, according to White House press secretary Jen Psaki. Australia, the United Kingdom, and Canada swiftly followed suit.

Number Of Athletes At The Winter Olympics

The United States sent the most athletes to the Winter Olympics, with 224 in all.

Canada and the Russian Olympic Committee have teams of more than 200 athletes. Only a single athlete has been sent by American Samoa, India, and Uzbekistan among others.

50 competitors, from curler Eve Muirhead to skeletoner Matt Weston, make up Team GB. Ice Hockey has the most athletes, with 530 participants set to compete.

How It Compares To Pyeongchang

The most recent Winter Olympics were held in Pyeongchang, South Korea, in 2018. At those Games, 2,922 athletes competed in 102 events across seven sports.

In the Summer Olympic years of 2020 and 2024, approximately 11,000 competitors from 206 countries are expected to participate.

Very meaningful predictions as the 2022 Year of the Tiger arrives