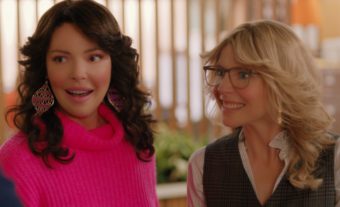 Fans have been anticipating the release of a new season of Firefly Lane on Netflix, but it hasn’t occurred yet. And because no sequel to Firefly Lane will be available on Netflix in January 2022, they’ll be waiting much longer for the next installment.

The second season of the blockbuster Netflix original series would not premiere in January, we were confident. The $90 million Netflix drama will enter post-production after April, when principal photography is complete. Post-production may last up to four months if there are no production issues.

Because production is still ongoing, it makes sense why Netflix has not announced a release date officially. Season 2 will premiere in 2022, according to one of the major stars of the television series, Katherine Heigl. On Twitter, during a fan’s question about when the next season would be available on Netflix, Heigl said that Firefly Lane season 2 will arrive in 2022. This is fantastic news; however, we require an official release date.

Filming is progressing smoothly, and we could see Firefly Lane season 2 sooner rather than later. While we wait for Netflix to reveal the official release date, we’ll share our release date predictions with you.

When is Firefly Lane season 2 coming to Netflix?

If production does, in fact, come to an end in April, we might see season 2 some time during the summer of 2022. If post-production is only taking 4-5 months, this is how long it will take us to finish post-production.

However, most Netflix programs spend around 6 months in post-production before being published. As a result, we may be looking at a fall 2022 release date. Another cause for a fall debut could be if there are a lot of major movies coming out over the summer.

For the time being, Netflix will premiere Firefly Lane season 2 in the summer. When production for the second season is finished, we’ll have a clearer idea about when it will be available on Netflix.

What have the cast and crew said about season two?

Ali Skovbye, the actor who plays Tully’s younger self, agrees. When asked about a potential season two plot, Ali Skovbye told Collider, “A real 1970s house party is my fantasy. That’s what I want.” Roan Curtis, who plays young Kate: “I’d want Kate to have a love story. I just think it would be adorable and wonderful if she had an awkward first encounter with a guy on a date and her first relationship before Tully can assist her through it all.”

Will Johnny be back in the second season? According to Hollywood Life, “If they continued with the plot of the novel, then you know Johnny is going to survive. But they’ve deviated from the book a little bit so far, so I’m not sure what’s next for them.” Tully and Kate’s falling out will be resolved: “I don’t think anybody wants to see a male rip his friends apart on this strong female show,” he added. As for Marah and Winston: “It’s such a powerful show about women that no one would want to see another guy tear it apart.”

Lindsay Heilig is eager to return to the part of Tully for at least another season or two—and her clout with Netflix stems from her star status and executive producer credit on Firefly Lane. She said she has “all the fingers, toes, everything crossed” that the series will continue for at least three seasons in an interview with the Washington Post.