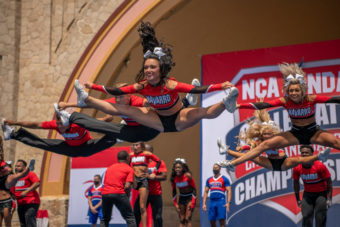 Happy new year, Cheer! After two years of documenting the Navarro College cheerleading squad at Texas, Netflix announced in December 2021 that Cheer would return for Season 2—and it’s now available!

Following the first season, the show’s young cheerleaders went from making the mat to ascending to stardom.

However, following the Emmy-winning series’ release, breakout star Jerry Harris was arrested for multiple federal sexual misconduct allegations including soliciting child pornography. Season 2 addresses these accusations against Harris and his teammates and coach Monica Aldama is seen grappling with the information in this trailer.

When does Cheer Season 2 premiere?

Where Was The Show Filmed?

The second season of Cheer was filmed in Corsicana, Texas, the home of the Navarro College Bulldogs Cheer Team, which is a nationally competitive squad. It currently has around 40 members.

The school is in Texas, but the national championship is held in Florida. The show will presumably take a closer look at Navarro’s rivals, the Trinity Valley Community College Cardinals, according to the season’s trailer.

This season of the program has nine episodes in comparison to six at the end of season 1. The following is a rundown of all 22 episodes in season 2.