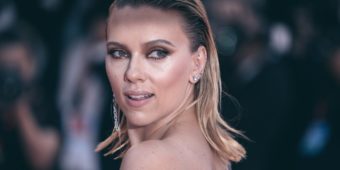 Is it true that Scarlett Johansson sang in Sing 2? Fans have questioned if the actress was really singing as her character Ash dazzles in the newest edition.

Scarlett Johansson returns as porcupine Ash in the film, with fans now eager to see whether she was really singing in the new release after it is released on services including Amazon Prime Video and Apple TV. Let’s take a look…

Yes, she did. Scarlett Johansson sang in the film and is credited for the songs Heads Will Roll, Where The Streets Have No Name, Stuck In A Moment You Can’t Get Out Of, and Christmas (Baby Please Come Home) on Sing 2’s soundtrack.

Along with Bono, Pink sang I Still Haven’t Found What I’m Looking For in a recent Variety interview, expressing her triumph over his presence in the movie. She exclaimed: “When we were actually recording it, I kept thinking to myself, ‘Is this really happening?”

In 2016, she lent her voice to the music for the first Sing film in which she sang Call Me Maybe and an original song, Set It All Free.

As fans of Scarlett Johansson await the new film’s release, many have taken to social media to discuss her voice:

Did you know that Scarlett Johansson had a brief music career? We certainly didn’t! While she is now well-known in the film industry, the actress actually released a few albums in the late 2000s.

In 2008, she released her debut album Anywhere I Lay My Head, and in 2009 she followed up with Break Up. She worked on the follow-up to her first record with singer-songwriter Pete Yorn, whom she has collaborated musically throughout her acting career, and they co-produced the project Apart in 2018.

The actress, who is currently appearing on the drama series The Deuce, previously starred in a number of feature films and television mini-series, including A Very Murray Christmas (2014) and The Fitzgerald Family Christmas (2015). Other than that, she has also combined her love for music with several of her onscreen roles on IMDb.