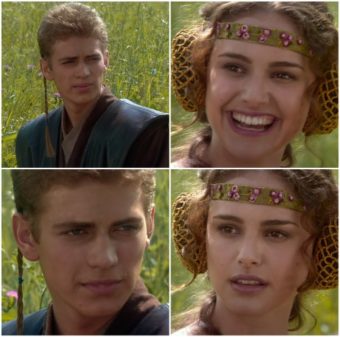 Throughout 2021, some incredible memes have been born. It’s been a hilarious year, from Bernie Sanders’ inauguration to red flags, the ship stuck in the Suez Canal to sea shanties. Another meme that gained traction in 2021 was the viral Anakin Padme meme, which is still seen on Twitter frequently.

If you were living under a rock and happened to miss it, here’s a full explanation of it…

What Is Anakin Padme ‘For the Better, Right?’

The Anakin Padme meme, also known as ‘For the Better, Right?,’ is unquestionably one of the most viral memes in 2021.The meme is made up of four images from the 2002 film Star Wars: Episode II – Attack of the Clones. Each depicts Anakin, played by Hayden Christensen, and Padmé, played by Natalie Portman, having a picnic.

They’re talking about their histories and opinions on the Galactic Republic in this movie scene. text that displays Anakin saying “I’m going to change the world,” followed by Padme typing, “For the better, right?”

The material in the meme isn’t actually said in the movie, but it was added for humor as Anakin transforms into a Sith and does not improve the world. The meme is now used to make a metaphor for something that is supposed to happen but doesn’t.

Origins Of The Meme Revealed

The meme was created in April 2021 by an account called @starwarsposting on Twitter, which posts phony Star Wars quotations.

According to Know Your Meme, the original joke received 100,000 upvotes and 16,000 retweets within two months.

After that, the template was published on Reddit, where it began gaining even more attention. The meme really took off and spread on Twitter in June 2021.