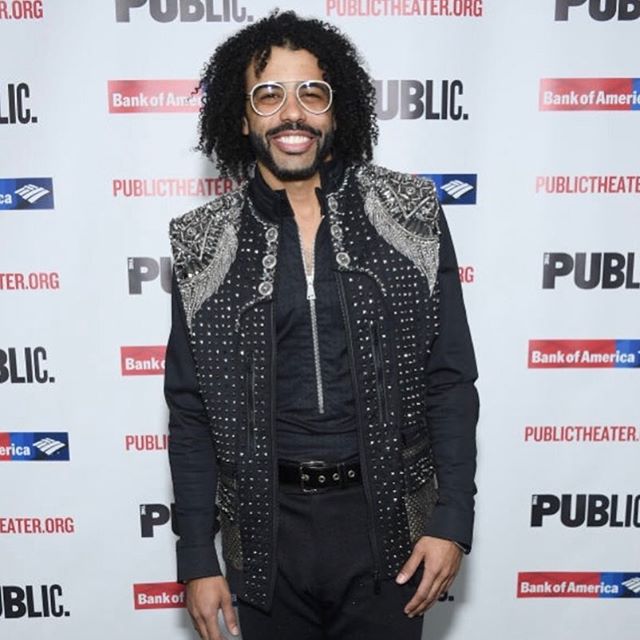 Daveed Diggs is an American actor, rapper, singer, and songwriter who was born in Oakland, California, the son of Barbara, a social worker, and Dountes Diggs, a bus driver. He rose to prominence in 2015 when he originated the roles of Marquis de Lafayette and Thomas Jefferson in the musical ‘Hamilton’. He also won both a Grammy Award and Tony Award, for that. Later, between 2016-2018, he played a steady role in the television series ‘Black-ish’. He also co-starred in the films Wonder, in 2017.

Then his career took up gear and landed him in a many roles likewise, in 2019 he appeared in Velvet Buzzsaw. Then on, the actor Diggs also wrote, produced, and starred in the 2018 film ‘Blindspotting’. Moreover, he also nominated for the Independent Spirit Award for Best Male Lead. He stars in the television adaptation of ‘Snowpiercer’, as in 2020. Tune in biography!

How tall is Snowpiercer actor Daveed Diggs? He stands on a height of 5 feet 10 inches tall. He weighs around 57 Kg or 127 lbs. In addition, he is very popular for his curly classy hairstyle among his girl fans which makes him look cuter.

How old is Black-ish star Daveed Diggs? At present, he is 38-years old. His birthday falls on January 24, 1982. He was born in Oakland, California, U.S.

Who is rapper Daveed Diggs Dating Now? Currently, he is in romantic relationship with singer and actress Emmy Raver-Lampman. They first met in 2015 on the set of ‘Hamilton’. This lovey-dovey couple started dating each other in late 2019. They often post about each other on their respective social media accounts. As per his previous dating history, he has dated actress Emmy Raver and Jalene Goodwin.

He was born and raised in Oakland, California. He belongs to mixed ethnicity. His mother is Jewish, and his father is African-American. He grew up alongside his brother. As of education, he did his graduation in theater degree from Brown University in 2004. After graduating, he worked as a substitute teacher.

After finishing up his college, he moved to Oakland and began the experimental hip-hop group clipping., for which he was an emcee. He was also part of the hip hop improve troupe Freestyle Love Supreme with Lin-Manuel Miranda. He appeared alongside Leslie Odom Jr. in the Broadway production of Hamilton. He has had recurring roles on the series The Get Down, Black-ish, and Unbreakable Kimmy Schmidt. He aslo served as an executive producer of the ABC series ‘The Mayor’. Moreover, his Hollywood film debut in the Disney animated film Zootopia, for which he wrote and performed the “Parlez Vous Rap”.

How much is the worth of Daveed Diggs? His net worth is around $8 million. Acting and singing is his primary source of income. Around 2012, Lin-Manuel Miranda invited Diggs to read and hear early versions of Hamilton. Diggs was impressed by Miranda’s demos and passion for the project, and saw that the concept was a prospective use of the rap-musical medium.