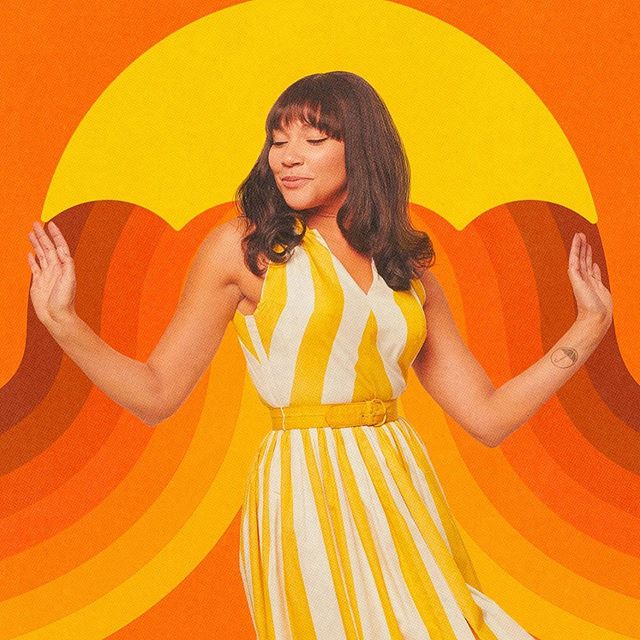 Emmy Raver-Lampman is an American actress and singer who touted to stardom after playing the role of ‘Allison Hargreeves’ in the Netflix series ‘The Umbrella Academy’, in 2019. An American superhero web television series based on the comic book series of the same name whose second season is set to be released on July 31, 2020. Moreover, according to Netflix report of April 2019, the series had watched by 45 million households one during its first month of release. Likewise, her role in the series as Allison Hargreeves / The Rumor / Number Three, a celebrity with the ability to control minds with the phrase “I heard a rumor…”. Eden Cupid and Jordana Blake portray Allison as a teenager and a 4-year-old, respectively. Tune in biography!

How old is Emmy Raver-Lampman? At present, she is 31-years old. She was born on September 5, 1988 to her mother Sharon is a professor at Old Dominion University, and her father Greg is a writer and teacher.

Norfolk, Virginia native actress Raver-Lampman is an only child of her parent, Sharon and Greg. As of education, she attended a performing arts high school, Governor’s School for the Arts, as well as Maury High in Norfolk. Later on as per wiki page, she did her graduation from Marymount Manhattan College in New York. In 2012, she graduated with a BA in Theater.

Who is the current boyfriend of actress Emmy Raver? At present, she is dating her boyfriend, Daveed Diggs. In 2019, the couple began dating and since then they spotted together at public places.

Raver-Lampman launched her career in musical theatre. When she was attending her college, she auditioned for Children of Eden and won a leading role. She has also performed on Broadway in Jekyll & Hyde and A Night with Janis Joplin. In 2014, she was cast in the 1st U.S. tour of the musical Wicked as a standby for the lead role of Elphaba. Then, in 2015, she was a member of the original ensemble cast of Hamilton on Broadway. She returned to Hamilton in a starring role, playing Angelica Schuyler in the first national tour of the production, in 2017. She had also made small roles in a few television productions including, A Million Little Things. She gained her first majo rrole in 2017, portraying Allison Hargreeves in ‘The Umbrella Academy’, which was released on Netflix in February 2019.

How much is the net worth of Emmy Raver-Lampman? The stunning actress net worth is estimated around $12 million.