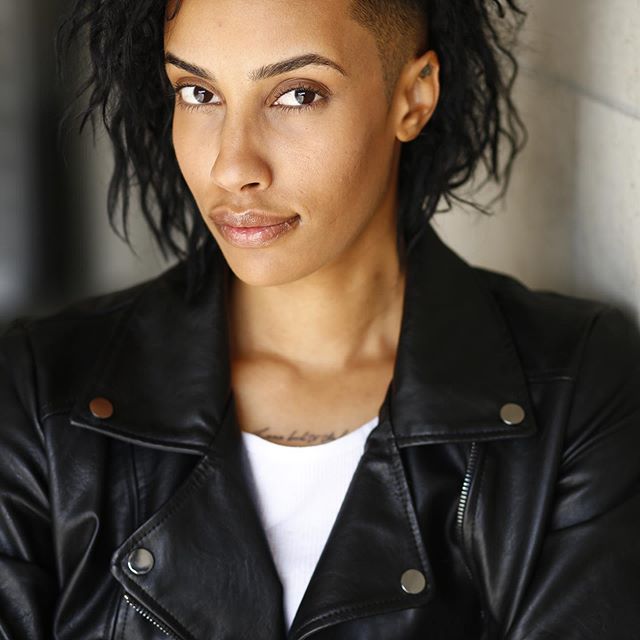 Ashley aka AzMarie Livingston is an American fashion model, actress, singer and DJ. She rose to prominence after appearing on America’s Next Top Model: British Invasion in 2012. Other than this, she was also cast to play the role of ‘Chicken’ on the Fox show ‘Empire’. Beside this, the Fox show ‘Empire’ is an American musical drama television series which premiered on January 7, 2015 to nearly 10 million viewers while the first-season finale was watched by 17 million viewers. On April 30, 2019, Fox mended the show for a sixth season, later announcing it would be the final season. Likewise, the series concluded on April 21, 2020. Tune in biography!

How old is Empire actress AzMarie Livingston? Her age is 33-years old. She was born on December 28, 1986 in San Fernando Valley, California, U.S. She stands on a height of 5 feet 10 inches tall. She weighs around 59 Kg.

She is very open about her sexuality. She is a lesbian. At present, she is married with her current wife Miranda Maday. It’s unclear how long the two dated before getting married in June 2020. Anyways, before marrying Miranda, Livingston formerly dated actress Raven-Symoné. The former couple was in a three-year relationship. In 2015, they ended their relationship. The reason for the split isn’t really clear.

Her real name is Ashley Marie Livingston. She was born in California’s San Fernando Valley and raised in Milwaukee, Wisconsin. She raised by her single mother. Her father was a very proud, extremely flamboyant, homosexual and Livingston describes the relationship between her parents as them being “best friends”, more specifically BFFs. She moved to the Milwaukee, Wisconsin area at a young age. As of education, she attended Nicolet High School. She did her graduation from the University of Wisconsin-Whitewater. Later, she shifted to Los Angeles for pursuing her modelling career.

At age nine, Livingston initially an interest in modeling after traveling with her father on vacation to Los Angeles, California. As a runway model in Los Angeles and New York City, she launched her career. She appeared on the cover of many magazines including, London Fashion Week and BET’s Rip the Runway, between 2009 to 2011. Her big break came when in 2012, she participated in The CW program America’s Next Top Model: British Invasion. She was noted for her tattoos and androgynous look. At present, she is playing a recurring character on Fox Network’s new hit show Empire as ‘Chicken’. Other than acting, she is also a good singer. Her new single “We Hot” was released in 2015.

How much is the net worth of Empire actress AzMarie Livingston? Her net worth is estimated around $8 million.