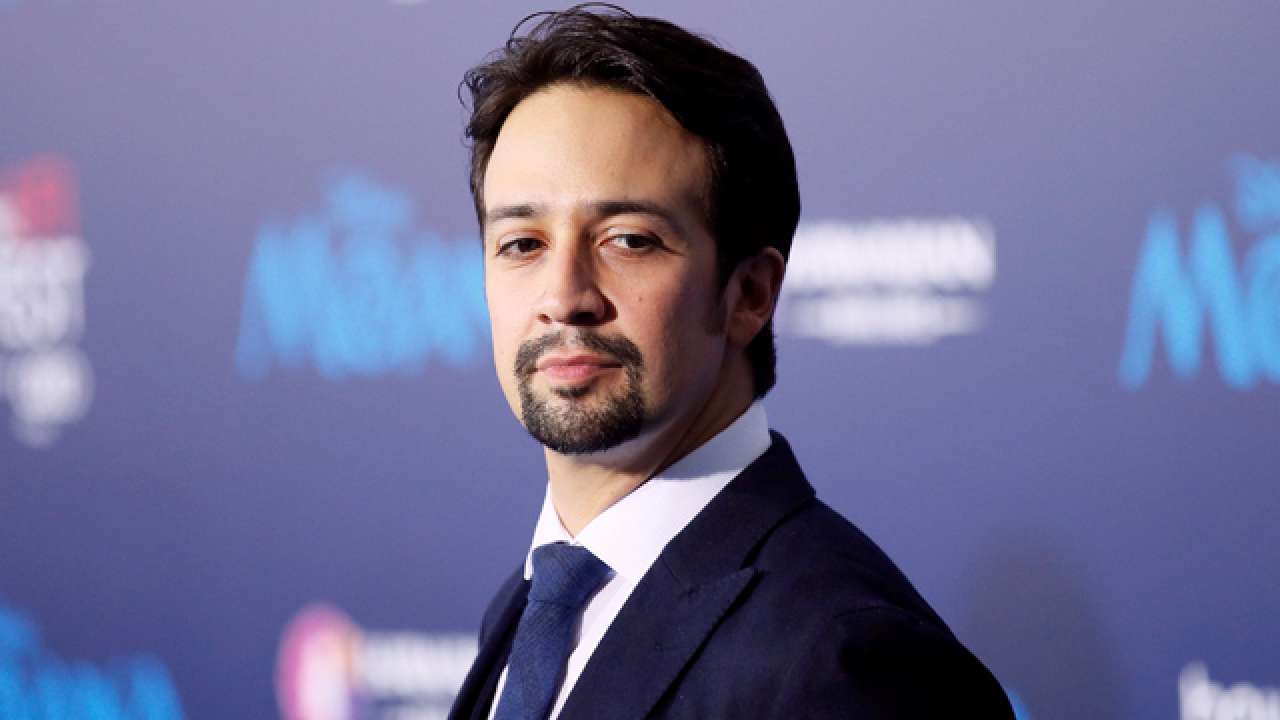 Lin-Manuel Miranda is a popular Singer, composer, and rapper who created the Broadway musicals ‘In the Heights and Hamilton’. In 2018, he’d star as Jack in Mary Poppins Returns, and in 2019, he’d begin starring in HBO’s His Dark Materials.

He has received multiple Tony Awards and the 2016 Grammy Award for Best Musical Theater Album for Hamilton. He started his musical career in a comedy hip hop group called Freestyle Love Supreme. He has written and released independent films as well, including Clayton’s Friends in 1996.

How tall is Lin-Manuel Miranda? He has to keep himself fit, healthy, and in perfect shape. The American actor has a good height of 5 feet 9 inches or else 1.7 m or 170 cm. Similarly, Lin-Manuel Miranda has a suitable bodyweight of around 73 kg or 162 lbs.

Here’s everything else you need to know about Lin-Manuel Miranda’s wife, Vanessa Nadal. Miranda married Vanessa Nadal, a high school friend, in 2010. At the wedding reception, Miranda, along with the wedding party, performed the Fiddler on the Roof song “To Life”. The video has been viewed more than six million times on YouTube.

They welcomed a son named Sebastian in November of 2014. In February 2018, they welcomed a second son named Francisco. The inspiration for what eventually became Hamilton was Miranda reading Ron Chernow’s biography of Alexander Hamilton.

Miranda’s Puerto Rican parents often played Broadway cast albums in their home in New York City’s Inwood neighborhood as he was growing up. Miranda’s father, a political consultant, and his mother, a clinical psychologist, put both him and his sister in piano lessons and encouraged him to start performing in student productions at a young age. As of education, Miranda went on to attend Wesleyan University.

Following the successful two-year run of “In the Heights,” Miranda adapted the biography of Hamilton into a hit musical. Miranda innovatively set the musical to an unconventional blend of musical theater and hip-hop sounds.

“Hamilton” first opened at New York’s nonprofit Public Theater in 2015, before moving to Broadway later that year. Since leaving the “Hamilton” cast in 2016, Miranda has earned money composing music for high-profile films including “Star Wars: The Force Awakens” and “Moana”. In 2018, he also starred in Disney’s film “Mary Poppins Returns”. Miranda is also slated to direct “Tick, Tick … Boom!”

Miranda’s first musical, “In the Heights” has also been turned into a feature film slated for release in 2021. These gigs likely earned Miranda several extra million dollars, but exactly how much is unknown yet.

How much is Lin-Manuel Miranda Worth? He has a net worth of $80 million. He is best known for starring in and creating the Broadway musicals In the ‘Heights and Hamilton’. Hamilton is one of the most profitable musicals of all time, according to Playbill. As of April 2018, the show grossed $340,322,025, per Playbill more than “Mary Poppins,” “Hairspray,” “Rent,” and “Kinky Boots.” On top of that, the production sold $15 million in merchandise in its first 10 months alone.

Miranda makes $105,000 every week in royalties from “Hamilton” alone, according to The Hollywood Reporter. The exact amount of Miranda’s actor salary is unknown, but The New York Times reported in 2016 that a Broadway performer’s base salary was around $1,900 a week, with lead stars often making more than that. And leads can also expect to see a salary increase of another $500 per week when a hit show is nominated for a Tony, MONEY reported the same year.

Lin-Manuel Miranda age is 41 years old, as of 2021. In addition, he was born in New York City and raised in the neighborhood of Inwood.