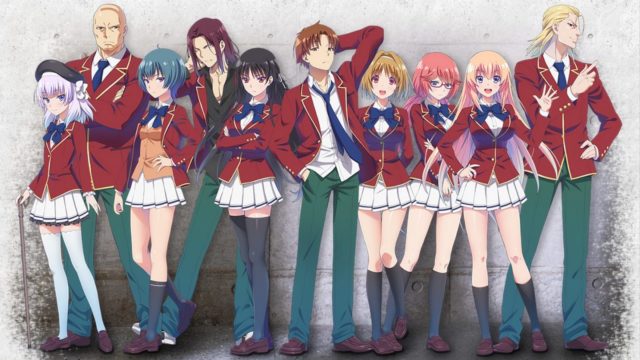 The popular high school drama anime “Classroom of the Elite” is based on the manga and light novels of the same name. “Classroom of the Elite,” based on author Shgo Kinugasa’s light novel series, follows the lives of a group of high school students who attend Japan’s most renowned academic institution’s bottom-ranked class. Kiyotaka Ayanokji, the protagonist, is a secret super-genius who purposely placed himself in the lowest ranks of the school for an unexplained cause. Soon after entering, Kiyotaka discovers that the school’s academic achievements are more about sabotage than education, prompting him to protect himself and his companions as they rise through the ranks of the institution. Classroom of The Elite is a great anime with a compelling plot, characters, story, and animation. Why is the second season not yet available? And will there ever be a Classroom Of The Elite Season 2?

The original light novel was first published in 2015, but soon led to adaptations in both manga and anime, the latter of which aired in 2017. As is often the case with anime adaptations, “Classroom of the Elite” was unable to adapt the entirety of its source material. As a result, fans are still waiting for the onset of a second season. Though it may seem unlikely at this point, the show’s creators have neglected to officially cancel the series, making room for the show’s potential continuation. While this makes information regarding “Classroom of the Elite” Season 2 sparse, there is still much to be said about the show’s plot, cast, and potential release date. Here is what we know so far.

It seems that the animators of “Classroom of the Elite”,Studio Lerche, and its licensors (Funimation & Crunchyroll), have decided to remain silent about the second season. This is despite having been in existence for four years. It is unlikely that either party will make an announcement. Fans still have hope despite the fact that there has been no word on the subject.

If Lerche and the show’s licensors do announce another season of “Classroom of the Elite”, it could take nearly a year, if not longer, before the show is released. One of Lerche’s previous projects, “Assassination Classroom,” was announced in April 2015, according to a separate article from Anime News Network. The actual season did not air until January 2016. This means that production of “Classroom of the Elite”, could take as much time (eight months to complete) as the original.

Classroom of the Elite’s characters

A good anime has a strong cast, and “Classroom of the Elite,” is no exception. Beyond that of protagonist Kiyotaka Ayanokoji — voiced by Shouya Chiba in Japanese and Justin Briner in English (via Myanimelist) — “Classroom of the Elite” also features several supporting characters. The most notable of these is Suzune Horikita (Akari Kitou/Felecia Angelle), another soft spoken-yet-intelligent student who lands herself in the academy’s lowest ranks, and she quickly befriends Kiyotaka. Kikyou Kushida, a classmate of Suzune (Yurika Kubo/Sarah Wiedenheft), joins them. She aims to become friends with all her academic peers, particularly Suzune.

Many viewers will enjoy “Classroom of the Elite,” in its native Japanese language, but those who prefer dubs will be happy to know that the English dub has been released alongside the Japanese version. Fans can expect the same for Season 2 of “Classroom of the Elite”, which is likely to happen. Overall, critics have praised the first season’s English dub, especially the work of Justin Briner as Kiyotaka (via Anime News Network).

Classroom of the Elite Season 2 Plot

The second season of “Classroom of the Elite,” concludes with Kiyotaka winning the school’s survival test “Lord of the Flies”-style by correctly guessing the names of each class’ leaders. However, his father is actively trying to have him expelled from school. This likely links into Kiyotaka’s unspoken reason for going to the school. Kiyotaka will continue to study there regardless.

If it follows the lead of the first season, “Classroom of the Elite”, Season 2 will likely be faithful to its manga and light-novel source materials. Like many other anime adaptations, the show’s source material is leagues ahead of the anime in terms of story progression, meaning Lerche has plenty of inspiration to draw from. The purpose of Kiyotaka attending this prestigious school is still unknown to viewers. He has not yet made a significant academic breakthrough in his class, and it remains to be seen how his father might have influenced this. These are all plot lines that Lerche will continue to follow if they ever create “Classroom of the Elite Season 2”.

Classroom Of The Elite Season 2 Renewed or Cancelled

A sequel to Classroom of the Elite might take years if there isn’t enough content for the second season. Or it’s possible that Classroom of The Elite Season 2 won’t happen at all as a result of there not being enough material. Problems with the source material are far more prevalent in anime sequels than you would imagine. One Punch Man Season 3, No Game No Life Season 2, and Noragami Season 3 is just a few instances of anime sequels that suffer from this problem.

We also want to look at what the status of the Classroom of The Elite story is. Series that are not finished have a better chance of getting a new season.