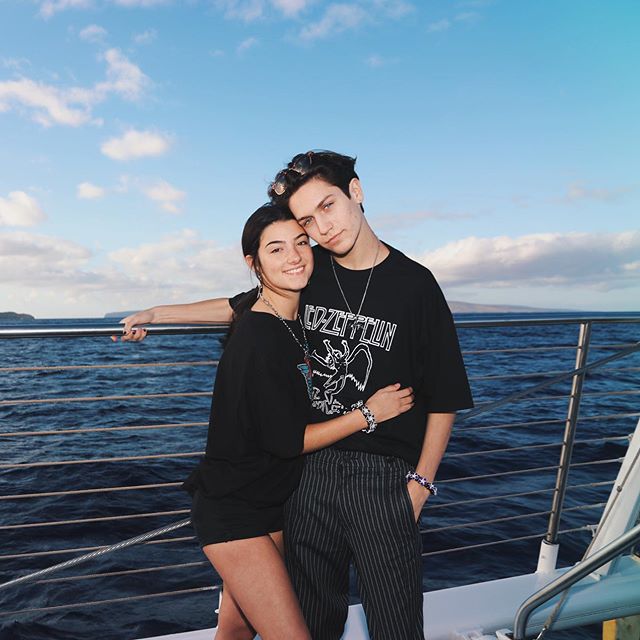 The two stars of TikTok have finally confessed that they were more a couple last April 14, 2020. The fans were expecting this announcement since Chase had found himself in the midst of rumors of infidelity towards Charli. The two tiktokeurs remain friends. It was the biggest relationship on TikTok. They are among two of the biggest names on the app (Charli has the most followers), and they collaborated on content and teased their romance to fans. Charli and Chase are also both members of Hype House, a residence collective of some of TikTok’s biggest stars — including Thomas Petrou, Addison Rae, and Patrick Huston.

Charli D’Amelio is a young and energetic TikTok star and a phenomenal dancer. Ever since she was a kid, she was passionate and interested in dance, hockey, and acting. As she grew up, She became a TikTok star who earned a lot of fame and attention for sensational dancing and choreography, montages, and lip-syncs videos which she uploads on her TikTok account. Not just that, she earned a lot of recognition after she participated in a popular talent show named Star Power Talent. At the time of writing this article, she has already amassed more than 54 million+ followers on TikTok alone. Her first video is of her and a friend miming footage to audio mocking the “hoes mad” song, and it looks as if she’s come a long way since. She’s filmed it in landscape on a portrait video app, which is practically a cardinal sin. Her father is a politician, whose Twitter bio reads “CEO of the D’Amelio family”, perhaps implying that he’s the manager of his daughters, or perhaps just playing on the running “CEO” joke in the comments of numerous TikToks. Her sister, Dixie, is also very popular on the app.

Currently, she is embroiled in a feud with celeb blogger Perez Hilton, who has been accused of body-shaming her for a particular video in which she dances in a bikini. She has been the subject of a number of his videos, where he criticises her parents for letting her do this at her age.

On the other side, Chase Hudson aka Lilhuddy is also a social media influencer, better known as a ‘muser’ owing to his great fan following on the highly used app called TikTok. Chase Hudson is recognized by ‘yaboii.chase’ on most of his social accounts. He is very athletic as well and loves sports. He not only crushes over his favorite sports, but has tried his hand at many of them too. What’s amazing is that he is an excellent player of several sports! Other than this, he has an immense fan following on his social media platforms. He has already produced his own merchandise on the vivid management store.