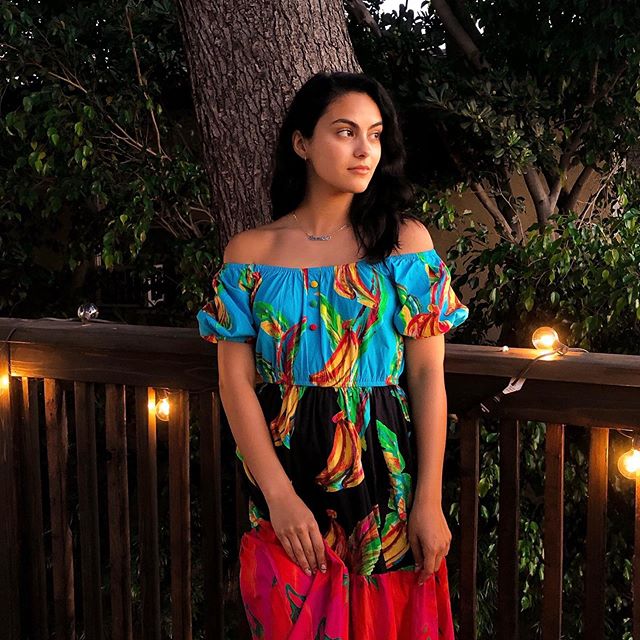 Camila mendes is a Brazilian-American actress who rose to prominence for her breakthrough role as Veronica Lodge in the Archie comic television adaptation Riverdale. She has also starred as Shelby in the comedy The Perfect Date and Tala in the film Palm Springs. Tune in biography!

How old is Camila Mendes? At present, she is 26-years old. She was born in Charlottesville, Virginia, to Brazilian parents, Victor Mendes and Gisele Carraro. At the age of 10, she lived in Brazil for a year.

Who is dating Camila Mendes? She dated Charles Melton from 2018 to late 2019. Moreover, on December 4, 2019, the couple decided to take a break from their relationship. Later, she began dating Grayson Vaughan. He is a Model and photographer.

She has a sister named Kiara Moreno. She is of Brazilian descent and is fluent in both English and Portuguese. Her mother is from Porto Alegre, Rio Grande do Sul, while her father is from Brasília.

As of education, she graduated with a Bachelor of Fine Arts degree from New York University’s Tisch School of the Arts. She took part in the Stonestreet Film Acting Conservatory at Tisch for two semesters.

Talking about her career, she won Choice Scene Stealer for her role on Riverdale at the 2017 Teen Choice Awards. Her first acting job was a commercial for IKEA. She was represented by the Carson Kolker Organization, later changing to CAA.

The stunning Riverdale actress, Mendes appeared on the cover of Women’s Health in December 2017 and Cosmopolitan in February 2018. She made her feature film debut as Morgan in The New Romantic, which premiered at the SXSW Festival in March 2018. In the same month, Mendes joined the cast of the romantic comedy The Perfect Date alongside Laura Marano and Matt Walsh. The film was released on Netflix on April 12, 2019. In 2020 she co-starred in the critically acclaimed sci-fi/comedy Palm Springs, which premiered at the Sundance Film Festival and was released that July on Hulu. she also did a movie called “Dangerous Lies” in 2020 along with Jessie Usher. Currently, she is busy on various projects.

How much is the net worth of actress of Camila Mendes? Her worth is estimated around $2 million. Acting is her primary source of income.