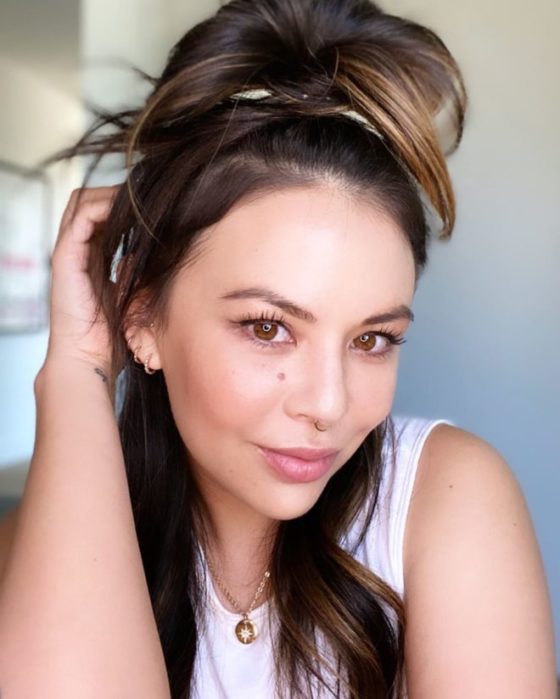 Janel Parrish (born November 3rd, 1989) is a well known American actress and singer. She rose her fame for playing ‘Mona Vanderwaal’ on the Freeform mystery drama series ‘Pretty Little Liars’ and spin-off ‘Pretty Little Liars: The Perfectionists’. Other than this, she is also known for portraying ‘Young Cosette’ in the Broadway production of ‘Les Misérables’ in 1996, and Jade in the teen comedy film ‘Bratz’ in 2007. She also participated in the 19th season of Dancing with the Stars, taking third place, in 2014. In 2018, she also appeared in the Netflix film ‘To All the Boys I’ve Loved Before’. Other than this, she has an immense fan following on her social media platforms. She has over 7.3 million+ followers under on her Instagram account under user name, ‘janelparrish’.