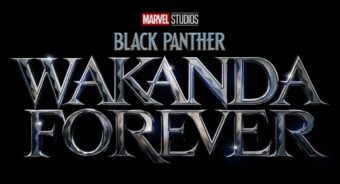 Chadwick Boseman, who played Black Panther in the first movie, died at age 43 in August 2020, and as fans and the industry grieved his premature death, plans for a sequel were clearly put on hold.

But, with Boseman stepping down as a producer and leaving the sequel up in the air, Marvel Studios is now starting to think about how it might continue without him, who made the first film such a blockbuster and legacy-defining success.

It’s been rumoured that the sequel will continue in the tradition of Chadwick Boseman, and that the role of T’Challa won’t be recast. Fortunately, there are no plans to utilize a ‘digital double’ in the sequel.

“There’s only one Chadwick and he isn’t with us,” said Marvel Studios’ EVP Victoria Alonso. “Our king, unfortunately, has died in real life, not just in fiction, and we are taking a little time to see how we return to history and what we do to commemorate this part of our history that was so unexpected, so painful, so terrible.”

Kevin Feige added: “So much of the comics and that first movie is the world of Wakanda. Wakanda is a place to further explore with characters and different subcultures. This was always and initially the primary focus of the next story. We’re not going to have a CG Chadwick and we’re not recasting T’Challa.”

Lupita Nyong’o said: “Ryan Coogler has some really, really exciting ideas that I look forward to bringing to life with the rest of the family.”

Letitia Wright, Lupita Nyong’o, Winston Duke, and Angela Bassett are all anticipated to return as Shuri, Nakia, M’Baku, and Ramonda in the sequel.

Wright is reportedly set to “take on a more prominent role” in Black Panther: Wakanda Forever, while Narcos: Mexico star Tenoch Huerta is in talks to play one of the villains of the sequel. It’s unclear if Danai Gurira and Daniel Kaluuya will return as Okoye and W’Kabi, respectively, but Martin Freeman will return as CIA agent Everett Ross.

I May Destroy You’s Michael Coel and Dominique Thorne (If Beale Street Could Talk) join the cast in unknown roles.

Before the untimely passing of Boseman, the sequel was set for release on May 6, 2022 but there has, understandably, been a slight delay to July 8, 2022.

Now that we know for sure that T’Challa won’t be recast in Avengers 4, the sequel’s emphasis will have to shift. All we officially know is that it will continue to explore Wakanda and beyond, so the first set photo provides little information.

Although the sequel’s narrative specifics have not yet been revealed, it appears that our next trip to Wakanda will focus on a variety of characters while further exploring the “mythology” of Wakanda.

The aquatic-themed Namor, according to Production Weekly, will be introduced in Wakanda Forever.

“Both Wakanda and Atlantis are hidden civilisations with advanced technology and increased militaristic abilities that decided to separate themselves from the rest of the world for their own safety, and in a way, out of fear,” the details read.

In an interview with Vulture, Marvel Studios president Kevin Feige said that he intended for the follow-up to “Avengers: Endgame” to delve into more of Wakanda’s backstory. If they want to make it a prequel, this might be a road to go down.

“Towards the end of the movie, T’Challa takes the herb again and encounters his father, where he’s like, ‘Hey, man. We’ve kind of screwed up, and I want to change it’,” he told Entertainment Weekly

“There’s that moment where all of the ancestors come behind T’Chaka. We would joke and go, ‘I want to see… what’s their story? What’s that story? Who was Bashenga, the first king of Wakanda? Who’s that third to the left, behind T’Chaka? What was their story in Wakanda in 1938? That would be cool’.

“It all starts as conversations like that. The more audiences want to see these stories, the more opportunities we have to explore different places and time.”

In December 2020, Disney Investor Day announced that the sequel would explore “all of the interesting and distinct characters” from the original novel. The actual story of the film revolves around T’Challa and his visit to Wakanda. During his mission, he must endure many trials and challenges that will help shape him into becoming the king that Wakanda needs. While in space, however, he loses contact with Thanos (who is preparing for a showdown with Earth’s heroes). Getting your scripts edited might be challenging; it can take weeks or even months depending on how complicated they are. Generally speaking, though, this stage should not last much longer than three weeks if you follow everything we’ve said previously in this article (which includes scheduling time to focus!).

The release date will most likely stay the same, but don’t expect any footage until late 2021 because filming hasn’t begun yet. Aside from its new title design, there’s nothing special about it.