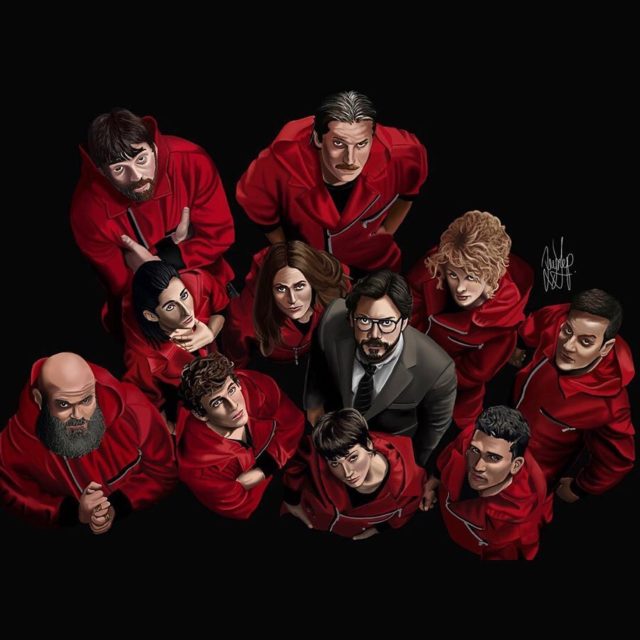 The much-awaited crime thriller Money Heist, also known as La Casa De Papel, is back with Season 5. The makers of the show will premiere the greatest heist in history on streaming platform Netflix in two parts. The first part is releasing today, 3 September 2021 and the second part in December this year.

Here’s all you need to know about the Money Heist Season 5 Volume 1:

When is Money Heist Season 5 releasing in US?

Money Heist Part 5 Volume 1 will stream on Netflix from today, 3 September. Informing fans about the same, Netflix took to their Twitter handle and tweeted about the names of the episodes from its official Twitter handle.

The biggest problem you’ll likely be facing by the end of September 3rd is the fact that you’ll have run out of episodes. Don’t worry, you’ll only have a couple of months to wait before the final half of season 5 arrives on December 3rd, 2021.

The trailer shows that Money Heist Season 5 Volume 2 is due to be released on 3 December 2021. Netflix posted the trailer to their official Twitter account and tweeted the same. Volume 2 may reveal some of the major suspense that exists in the first volume.

Money Heist Season 5 is not showing on Netflix

Sometimes, you might not be able to see the new season immediately. This is often a caching issue that means you will need to do a few tricks to get the new season to start.

This will cause the Netflix app to crash. For mobiles and app versions of Netflix (ie Netflix for your Roku Fire Stick, Smart TV) navigate to the help section. There’s a button that will reload Netflix.

You may need to refresh the cache, close the browser and then open it again. Logging in and out is a great way to bring in new Netflix releases. You can also access the fifth season of Money Heist by using a direct link.

According to outlook.com, the last scene of Money Heist five part 1 ended with Tokyo’s death.

But is she really dead? It certainly seems logical that Tokyo must have died in the explosion caused by the ticking off grenades stuck to her, many are still hoping that her character may be revived back in the first episode of the second volume.

Check out the below cast and crew list of series, Money Heist Season 5 aka La casa de papel. It is a Spanish heist crime drama television series created by Álex Pina. The series traces two long-prepared heists led by the Professor.

Surrendering is not an option. Money Heist returns with Part 5: Vol. 1, September 3, only on Netflix. MoneyHeist #LaCasaDePapel.

Are there more deaths in the finale?

Fans can’t help but wonder if there will be more deaths with five more episodes due to air on December 3. Everyone has wondered if the Professor will survive.

Rio, played by Miguel Herran, could be one of many fatalities in the final season of Netflix’s international hit Money Heist. Fans have speculated that Rio might die based on clues from previous episodes.

Who will turn the narrator?

Tokyo has been the narrator since the very beginning of the series. If she dies in the current season, many wonder who will take her place as the narrator. Some believe that it might be Rio.

In the third episode, season 5, we saw Professor assist Alicia Sierra in delivering her baby. It appears that Professor is now on his side, but it’s possible that she will wait to attack him again.

Is Berlin making a comeback?