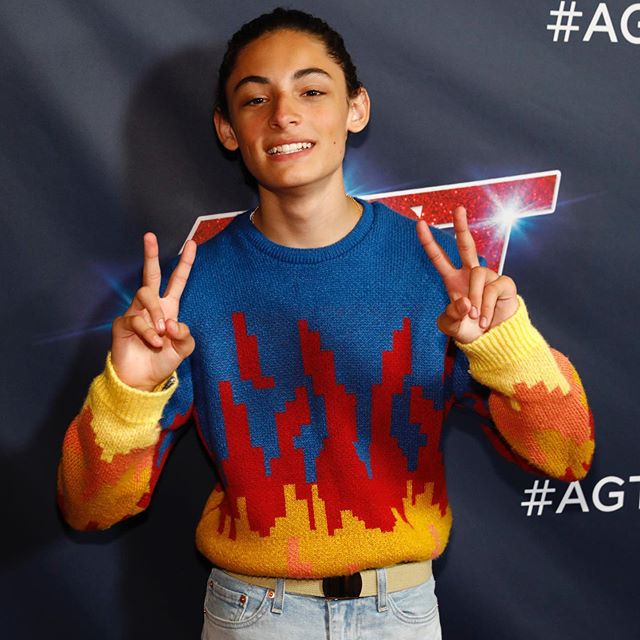 Benicio “Beni” Bryant is a well American teenage singer-songwriter based in Maple Valley, Washington who came to national limelight and rose his fame in 2019 as a finalist on the reality talent show America’s Got Talent, In 2017, he placed second in the German singing competition ‘The Voice Kids’. Then, he performed a duet with Brandi Carlile on Late Night with Seth Meyers, in 2018. He competed in the fourteenth season of the reality competition and talent show AGT, advancing to the finals, in 2019. He gained a ton of popularity after his appearance on season 14 of America’s Got Talent. In fact, currently, he has thousands of followers under his Instagram account.

Benicio Bryant age is 16-years-old, as of 2020. He is a rising star who resides with his family in Maple Valley, Washington. The adorable Benicio Bryant height is 5 feet and 3 inches while his weight is 49kgs. This is in addition to his brownish blonde hair and dark brown eye color.

Bryant was born in Maple Valley, Washington in September 2004. Her father name is Jeremy, Seattle Mariners’ Head Chef, and mother named, Marlo. The couple grew up in Rainier Beach, Seattle and met at Ingraham High School. He has siblings as well. He has a sister named, Riley. Since an early age, Bryant has been singing and “performing at every family function”. His father bought him a drum kit when he was four as Bryant had been drumming the furniture leaving marks. When he was eight, Bryant asked to be in the amateur Maple Valley Idol (MVI) competition. His dad is known as Big Jay, the then-Seattle Mariners’ team chef, and often had Bryant sing for the Major League Baseball team’s celebrations and send-offs. As of education, Bryant graduated from Summit Trail Middle School.