Barbara Rogers, Steven Mineo Murderer: What We Know So Far 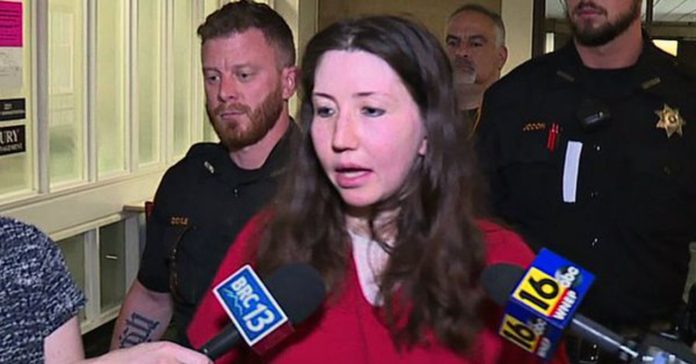 In 2017, Barbara Rogers was charged with shooting her boyfriend with a pistol after he asked for it, according to reports. Where is she now? Continue reading to find out where she is now. A girl calling from 8:36 to 9:31 p.m., claiming she had murdered her boyfriend, Steven Mineo, was reported by 911 operators. Her motive for the murder was reportedly that he requested to be shot.

They discovered the body of Steven Mineo, who was shot by a .45 caliber pistol, in Mount Pocono, Pennsylvania. Barabara was arrested after seeing her murdered lover. Let’s find out where she is now.

Where Is Barbara Rogers Now?

In 2017, Barbara was arrested for a possible murder after shooting her significant other. After she wounded her partner, she called the authorities and stated that he had requested to be shot at.

And, after being investigated for more than two years, she was charged with first-degree murder in 2019. It was later determined that Barbara murdered Steven after eliminating all possibilities of it being a suicide.

After the jury’s decision, she was convicted of third-degree murder. She was sentenced to 15 to 40 years in prison, according to reports.

What Happened To Steven Mineo And Barbara Rogers?

In 2011, Steven and Barbara met and fell in love because they had so many things in common. It took the pair six years to get together before a strange occurrence drove them apart. While serving in the military, Barbara was diagnosed with Post Traumatic Stress Disorder (PTSD). She was already an army veteran when she met Steven.

They immediately hit it off, as both were members of the alien reptile cult. Barbara states that Steven was killed on the day of his death. According to Barbara, he had a gun at the time.

He instructed her to hold a gun and pull the trigger after bringing a firearm inside the home. She didn’t realize what she’d done until after.

She immediately dialed 911 and informed them of what occurred after the event. Despite her denials, she was convicted by the jury and sentenced to prison, where she is now serving her sentence.

According to Barbara, after a phone call from his girlfriend, police discovered Steven Mineo murdered with a bullet in his body. He was shot by a .45 pistol that was given to her by Steven himself, according to Barbara.

The jury decided that Barbara was guilty of third-degree murder, which did not go over well with Steven’s family. It was a cold-blooded killing, they felt, and deserved to be classified as a first-degree offense.

Despite Barbara’s and her lawyer’s assertions of innocence, she was sentenced to a minimum of 15 years in prison.