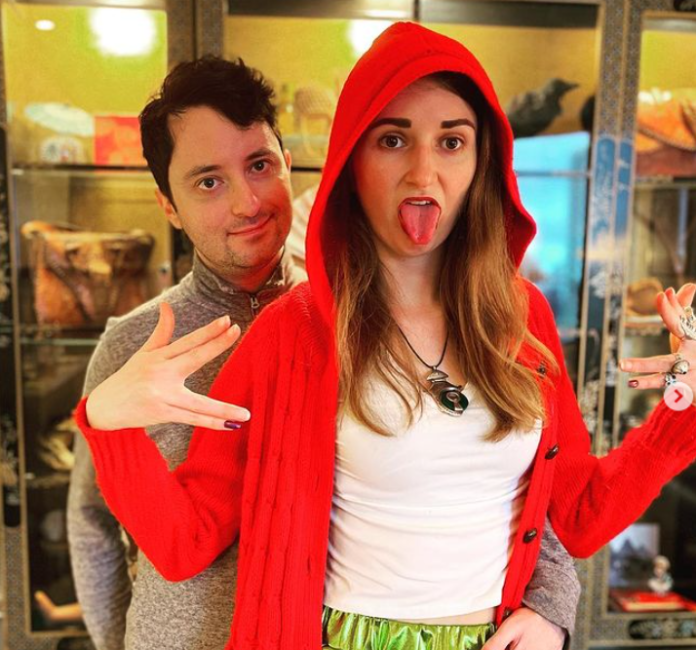 The wedding photos of Heather Morgan and Ilya Lichtenstein are something to behold, as you may not have seen the weirdest wedding up to now. We’ll talk about it in this post so join us.

The marriage of Heathy Rhiannon Morgan and her spouse Ilya Lichtenstein has been charged with laundering billions of dollars in Bitcoin gained through the Bitfinex hack in 2016. On Tuesday, they were arrested at a hotel on allegations of money laundering and defrauding the United States in Manhattan. Heather Morgan and Ilya Lichtenstein: Bitcoin Fraudster Explained,

Who are Heather Morgan and Ilya Lichtenstein?

The wedding pictures of Heather Rhiannon Morgan, a TikTok star, and her husband Ilya Lichtenstein may be seen on Instagram. If we look closely at their wedding photographs, we can see that they are delighted with their marriage.

The pair was having a good time in the company of one another, and their marriage was incredible. The bridal procession began with her bridesmaids carrying and waving golden banana leaves before she was carried on a Moroccan palanquin to the stage.

In the marriage, she wears a gorgeous golden gown with a tiara. We’re not sure if she was trying to duplicate the Cleopatra style, but she does bear resemblance to today’s Cleopatra.

However, there are still several photographs to upload regarding her wedding. She has provided some images of her wedding in a short video clip on the internet.

On November 20, 2021, Morgan released a recording on the internet that stated: “I had the greatest wedding ever. Thank you all who came, streamed and carried me on a Moroccan Palanquin.” His marriage was formalized in an undisclosed location on November 20th of 2021.

Who is Heather Rhiannon Morgan?

Morgan was a 31-year-old woman who appeared to be a successful multi-hyphenate. She does not appear in the Wikipedia profile. An entrepreneur, SaaS investor, artist, MC, fashion designer, synesthete, and Forbes writer, she was also featured by a Forbes writer. According to certain authorities, the Razzlekhan website promotes herself as Genghis Khan but with more pizzazz.

He was referred to as “the notorious Wall Street crocodile.” Her spouse, on the other hand, was a 31-year-old male. He is an angel investor and web3 developer who has launched several businesses. He has dual Russian and American citizenship. The two of them rhyme in rapping. Recently, the pair became popular on the internet for laundering $4.5 billion stolen in Bitcoin money through their business account.

Heather Rhiannon Net Worth In 2022

Heather Rhiannon Morgan’s net worth was placed at around $2 million. She is a self-described serial entrepreneur and economist who is well off financially. She is a surrealist with some amazing pieces to her name.