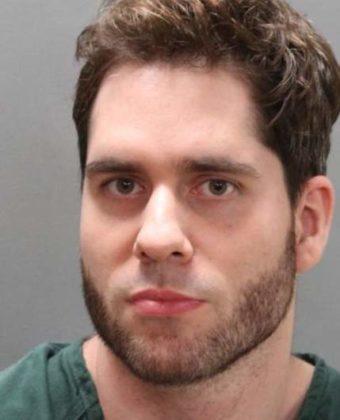 According to the public records from Duval County in Florida, there is a Youtube celebrity who is also a gamer named Patrick Julianelle who has been detained on a battery charge, but he has now been released from jail, according to his tweets. Popular MMOs Arrested: Why was Patrick Julianelle Arrested?

There has been a police report filed against Pat and his girlfriend, Elizabeth Liz Heranek, for providing “opposing stories” based on the opposing stories and because no additional independent witnesses were available, both of the subjects have been arrested.

Both of the people were arrested for domestic battery while being transported to the PDTF, and both have refused to complete any of the domestic violence paperwork or provide written statements or photographs of their injuries, according to the reports.

Pat’s real name, according to the online records, is Patrick Thomas Julianelle. He was arrested by the Jacksonville Sheriff’s Department in Jacksonville, Florida on May 16th at 11:15 pm, and as of May 19th he was listed as “out of custody,” charged with domestic battery.

It has been verified that he has been arrested and confirmed the allegation, Pat addressed the allegations on Twitter, urging people not to believe anything they hear, and he will have to address the false accusations soon. He complimented Eleni for disclosing his address and irritating him and Liz when she instructed her to stop discussing him and refused, claiming she is a terrible person. He said that the last Tweet was “overboard,” adding that “the last one really damaged me.”

He did continue to speak about it, writing on May 24th that Eleni had changed her Youtube profile picture to a mugshot, implying she was getting ready early for all of the slander and character defamation.

It has been recorded in jail records that pat was released on a $2,503 bond after being charged with a misdemeanor offense. There will be additional information in the case in the days and weeks ahead, so we’ll be on our toes to provide you with further information as soon as anything new emerges concerning the tale.