Anna Duggar Defend Josh Duggar On Social Media: What We Know So Far 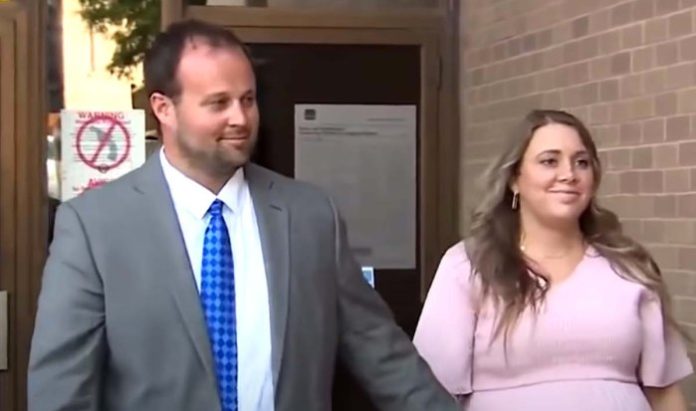 Anna Duggar has returned to social media. She chose to defend her husband in her first post since Josh was convicted of two child pornography charges. The Duggar family followers were not pleased with the decision. The Duggar family is unsure how to react, either. After the material had been live for three days, no one from the Duggar family has given it a like.

On February 3, Anna Duggar returned to social media to defend her spouse, who was convicted of a felony on December 9. Josh’s attorneys filed a motion on February 3, the mother of seven shared a link to it on Twitter and Instagram. Anna claimed that there was “much more” to the tale.

The link was initially broken, but it appears that Anna was sharing a PDF version of a motion filed by the defense. Josh Duggar’s legal team asked a judge to invalidate or grant a new trial. In January 2022, Josh’s attorneys submitted the request. It didn’t appear to offer any fresh or significant evidence, though.

Anna Duggar, who has recently come under fire for supporting her husband Josh’s cheating scandal by defending him on social media, is facing criticism from her in-laws. Anna posted to both Twitter and Instagram three days ago. As of press time, the Duggars had not responded to or liked the material.

The Duggar family is generally quick to react to material submitted by family members. The unanimous decision to ignore Anna’s message is telling, particularly when considered in the context of other Duggar family members who also posted on their accounts on the same day. When she announced the birth of baby number 7 in November 2021, several family members responded on Instagram.

Anna closed off comments on her Instagram post but not on Twitter. She’s gotten approximately 600 responses since the tweet, with several people noting that she needs to quit defending a man who was convicted of child pornography. Several more Twitter users highlight that Anna was smug throughout Josh’s trial and is still smug now.

Duggar family followers drag the mother of seven for her post

Anna’s comeback to social media didn’t go as planned. Instead of receiving support, Anna Duggar’s followers picked on her. While some family members sympathized with Anna at first, the majority of the compassion and support she received has vanished since she continued to stand by Josh.