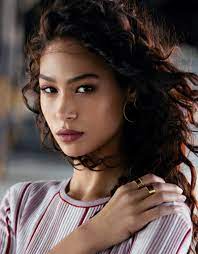 Fans seem to be interested in the show’s other stars as Euphoria season two continues. Another character that has piqued the interest of fans is Elliot’s cousin, who was featured in the most recent episode of the new season. Redditors were quick to connect the character to Ziayla Pizarro, with others now interested in learning more about her.

According to her Instagram profile, Ziayla Pizarro is a fashion model who is currently represented by New York Model Management.

On Instagram, Kaileigh has 19,200 followers and frequently shares her model features. She’s modelled in campaigns for prominent companies like Target and Spotify according to some of her most recent postings. Ziayla is no stranger to print, having previously graced the pages of Marie-Clare and Covergirl publications.

In season 2 episode 2 of Euphoria, Elliot’s cousin appears as a newcomer. Her character and Dominic Fike’s plays Elliot in the episode, where they’re seen chatting about Rue.

In a recent Instagram post, she recently revealed her part in the film, having previously hinted at it earlier this month:

Her IMDb biography is unclear. According to her IMDb profile, she had a minor role as Elliot’s cousin in the TV series Euphoria. However, Barbie Ferreira played Kat Hernandez in the same show, making her debut on-screen role.

While her modelling career appears to be on the upswing, could more acting roles be in her future?